WASHINGTON (Reuters) – Former Donald Trump adviser Steve Bannon arrived at the FBI’s Washington office on Monday morning before a scheduled court appearance to face charges after refusing to cooperate with the investigation into the deadly Jan. 6 attack on the U.S. Capitol.

Bannon, 67, was expected to surrender to law enforcement in on Monday and make his initial appearance in federal court, according to the Justice Department. 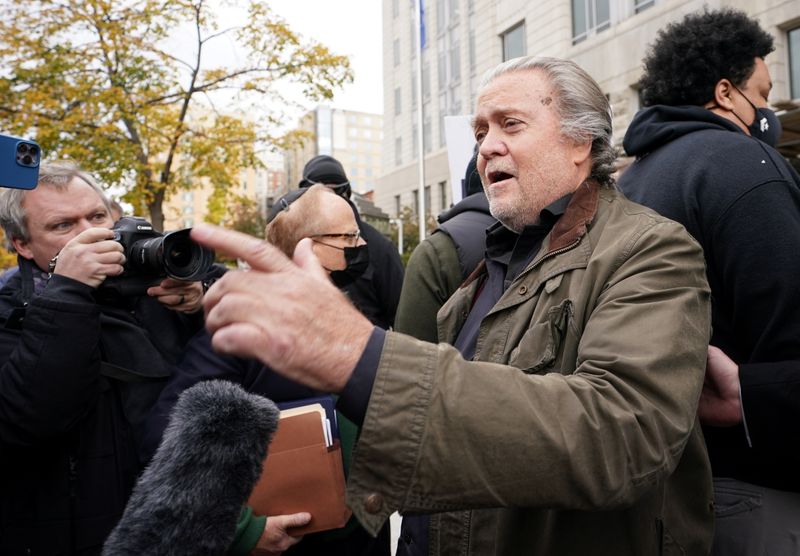