NEW YORK – Renaissance Technologies, Aristides Capital and Adage Capital Partners were among large U.S. hedge funds that boosted their stake or took new positions in Tesla Inc last quarter, before a searing October rally that vaulted the company’s market value above $1 trillion and a subsequent tumble this month.

Overall, 211 hedge funds and asset management firms added new positions in Tesla last quarter, while 116 firms closed out of their positions in the company, according data-tracking firm WhaleWisdom.

Tesla shares surged 43.5% in October, fueled in part by the announcement of an order from car-rental company Hertz. They pared some of those gains in November, with the company’s value dipping below $1 trillion on Monday as investors reacted to CEO Elon Musk’s recent share sales of a combined $6.9 billion.

The disclosures by each fund came in quarter-end SEC filings released Monday and do not specify whether the firms have maintained those positions. Shares of Tesla closed at $1,013.39 Monday afternoon, nearly 31% more than their Sept. 30 level of $775.

The stock has fallen 18.5% from its Nov. 4 record high of $1,243.49, shortly before Musk announced that he was selling 10% of his stake in the company after floating the idea in a Twitter poll.

Institutional interest in Tesla has likely helped push up the company’s valuation, which remains high in the face of increasing competition from startup automakers like Rivian Automotive Inc and an increasing focus on electric vehicles by established companies such as General Motors Co, said Seth Goldstein, an analyst at Morningstar.

Even with the recent selloff in shares, “we still think the market is assuming Tesla becomes a top-five automaker globally in annual vehicles sold and is successful in launching its high-margin autonomous driving software subscription service,” he said. 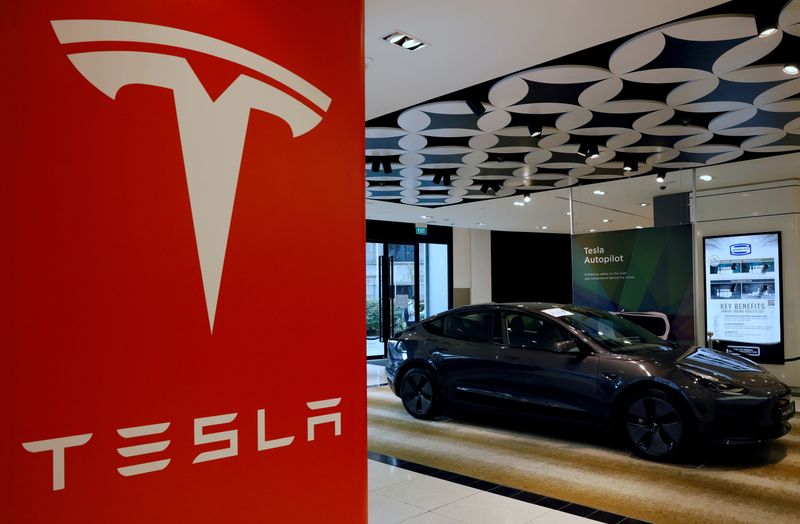