By Karl Plume and Praveen Paramasivam

The Springdale, Arkansas-based company reported a double-digit jump in sales and earnings in the fiscal fourth-quarter ended Oct. 2, including a record quarter in its beef segment despite a 20% surge in cattle prices.

Tyson shares were up around 4% in midmorning trading.

Rising meat prices and improving demand from restaurants have boosted U.S. meat companies including Tyson after the COVID-19 pandemic kept many diners at home last year. Meat packers have also seen record demand for American beef from China and amid diplomatic tensions between Beijing and supplier Australia.

Increased costs for labor, transportation and items such as feed grain and packaging have created headaches, however.

“Inflation has clearly had an impact on the business,” said CEO Donnie King. “As rates of inflation continue, so will our pricing actions.”

Top aides to U.S. President Joe Biden blamed Tyson and other large meat rivals that control much of the meat processing sector for rising food prices.

Tyson has rejected those assertions and instead blamed the pandemic and the U.S. labor shortage for limiting production.


The Jimmy Dean sausages maker said it was expecting sales of $49 billion to $51 billion for fiscal 2022, compared with market estimates of $47.99 billion, according to Refinitiv IBES.

Sales rose to $12.81 billion in the fourth quarter from $11.46 billion a year earlier. Analysts on average were expecting sales of $12.66 billion, according to Refinitiv IBES.

(Reporting by Karl Plume in Chicago and Praveen Paramasivam in Bengaluru; Editing by Ramakrishnan M., David Evans and Grant McCool) 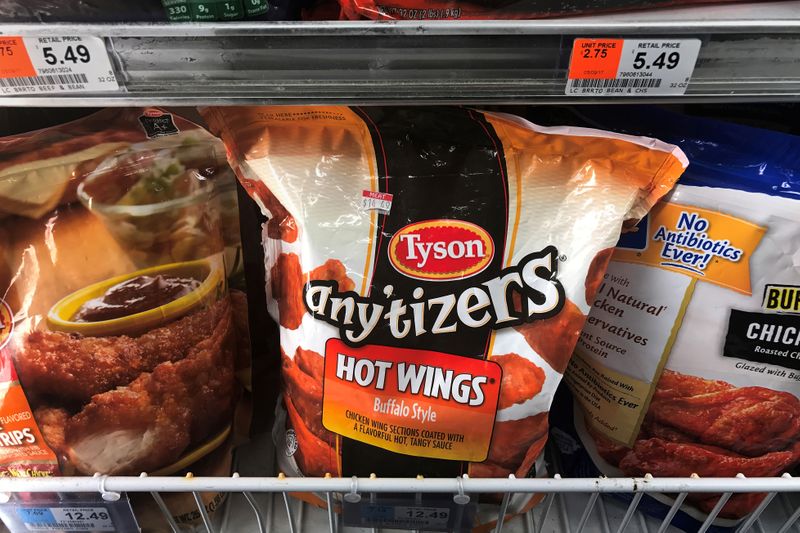