President Joe Biden had directed the EPA in January to consider whether to rewrite the airplane emissions rules, which face a legal challenge from 12 states and three environmental groups that say the rules do not go far enough.

Instead, the Biden administration said on Monday, it will press for ambitious new international emissions standards at the upcoming round of international negotiations in February at the U.N. International Civil Aviation Organization (ICAO).

Joe Goffman, the acting head of the EPA Air and Radiation office, told Reuters in an interview Monday, that it was important to work with the international community and to move quickly on the next round of emissions talks.

“We could have really achieved a Pyrrhic victory by tightening the rule and then finding the aviation industry avoided complying by certifying their engines via other governments,” Goffman said.

Liz Jones, an attorney at the Center for Biological Diversity, one of the groups that sued, said “the Biden administration has taken climate hypocrisy and delay to new heights…. The EPA twiddled its thumbs for nine months before deciding it would rather defend a do-nothing rule than set any meaningful limits on aircraft emissions.”

The states said in February the regulation’s greenhouse gas emission standards “by EPA’s own analysis, will fail to reduce the emissions of any aircraft, and will prompt no action at all by manufacturers to reduce aircraft emissions.”

They argue the EPA should have considered that “minority and low-income communities are disproportionately located near airports and exposed to greater criteria and hazardous air pollutants from aircraft takeoff and landing emissions, which more stringent greenhouse gas emission standards could have reduced.”

The new rules apply to new-type designs as of January 2020 and to in-production airplanes or those with amended type certificates starting in 2028.

Airplanes have been the largest source of transportation greenhouse gas emissions not subject to rules. In 2016, ICAO agreed on global airplane emissions standards aimed at makers of small and large planes, including Airbus SE and Boeing Co, which both endorsed the rules.

The ICAO emissions standards effort began under former President Barack Obama’s administration, and was finalized under Trump in January.

Boeing argued the EPA should not rewrite the rules, saying “attempts to overturn regulation directly aligned with successful cooperative international efforts to combat climate change, supported by more than 190 countries, will only discourage future international agreements.”

Last week, the United States set a goal of achieving net-zero greenhouse gas emissions from the U.S. aviation sector by 2050. The White House said in September it was targeting 20% lower aviation emissions by 2030, as airlines facing pressure from environmental groups to lower their carbon footprint pledged to use more sustainable aviation fuel. 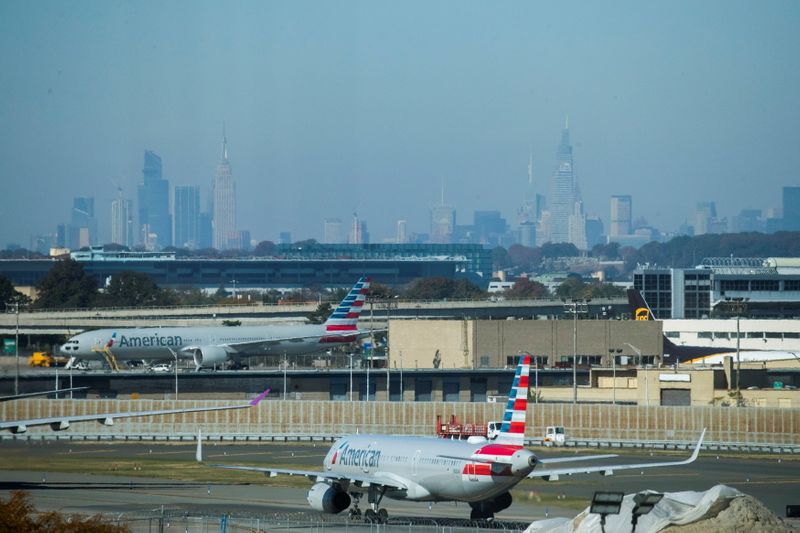