SYDNEY – Australia’s Commonwealth Bank warned fierce competition in its key home loan market was hurting its margins “considerably”, triggering a big sell-off in one of the world’s most expensive banking stocks on Wednesday.

The country’s No. 1 lender issued the caution as it reported first quarter cash profit was up by a fifth on the back of above-peer growth in home and business loans.

CBA has outperformed its rivals over the past year thanks to its vast branch network and technology that has helped it take advantage of a red-hot property market and a softer-than-expected economic hit from the pandemic.

However, the quarterly update showed that revenues were flat and the bank’s net interest margin (NIM), a key measure of profitability, was “considerably lower” because of mortgage competition and a low interest rate environment. Fees were also lower, CBA said.

“CBA has been priced to perfection, trading on a significant premium relative to its peers, and this trading update to me shows that the extent of that premium is not justified,” said Azib Khan, a banking analyst at Morgans Financial.

“What we are seeing is a correction to that premium, which should take place.”

CBA did not disclose specifics on the net interest margin. Morgans estimated it fell about 14 basis points in the quarter, while Citigroup estimated it was in the “low 1.90s”, down from 2.04% in June.

All three of CBA’s “Big Four” peers – National Australia Bank, Westpac Banking Corp and Australia and New Zealand Banking Group – have said in recent weeks that intense competition would continue to put pressure on margins. The trio’s shares fell on Wednesday by between 1.3% and 1.9%.

“Today’s trading update highlights that even CBA’s strong franchise is not immune from the elevated margin pressures that appears to be particularly impacting the retail banks,” Goldman Sachs banking analyst Andrew Lyons said in a client note.

Home loan sales volumes rose 7% over the year, equivalent to 1.2 times growth in the overall banking system amid continuing demand for fixed-rate loans.

Business lending increased 13% in the same period, driven by improving confidence as the economy’s pathway to a full recovery emerged. That compares with system business credit growth to September growing by 4.6%.

Hugh Dive, Atlas Funds Management Chief Investment Officer, said the share price fall was an “over-reaction by the market, both because the pressure-on-NIMs story is not a surprise, and because this is only an unaudited quarterly update, which tends to come with a lot of noise. I’m really not tearing my hair out.” 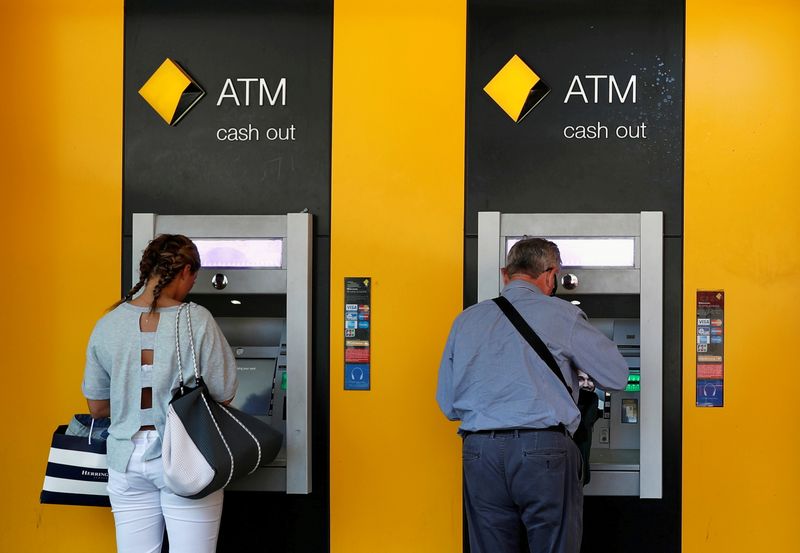