By Scott Murdoch and Alun John

HONG KONG – Asia’s high-yield bond managers are largely staying away from new debt deals as turmoil in China’s property sector has roiled the region’s bond markets, even as they very cautiously buy into companies they think have been oversold in secondary markets.

The region’s high-yield – or junk – bond market has been in turmoil for the past two months as China Evergrande Group struggles to survive, and investors try to assess which other cash-strapped Chinese developers will be unable to make scheduled payments.

Prices have tumbled and returns fallen, making it harder for companies to issue new debt. The returns of 43 high-yield funds measured by Morningstar are down 15.8% so far in 2021, compared to a 1.14% gain over the same period last year.

“High yield has not performed well, everyone is more cautious and aware that if you take on a loss now, that is going to affect your full year performance,” said a Hong Kong-based debt capital markets banker who declined to be named as he was not permitted to speak to media.

“Usually after Thanksgiving you start to see fund managers ruling off their books, but this year that is already happening,” he said.

Just one high-yield deal has been carried out in Asia so far in November, when Indonesian oil and gas serving business Medco Laurel Tree Pte raised $394 million. By comparison, high-yield deals totalled $5.7 billion in September and October, according to Dealogic.

An estimated $3.9 billion worth of high-yield debt will mature before the end of the year, the data showed.

“It is common for issuance activity to drop in response to market volatility – investor demand is poor and borrowing costs are high, so issuers who are not forced to issue prefer to wait for conditions to improve,” said Paul Lukaszewski, head of corporate debt Asia Pacific, at fund manager abrdn.

Despite a recent rebound in the prices of bonds issued by Chinese real estate developers, their yields remained at levels where refinancing is unfeasible for most high-yield developers, said Ek Pon Tay, emerging market debt senior portfolio manager at BNP Asset Management.

However, “given the China real estate developer sector overall is pricing in a large degree of credit stress and the gradual pace of easing so far, I recently added issuers with relatively lower refinancing risk,” Tay added.

Average yields for speculative-grade Chinese corporate issuers’ dollar debt hit a record high of 28.54% on Tuesday. While yields tumbled more than 330 basis points late last week after some investors interpreted headlines in Chinese state media as hinting at an easing of finance restrictions they remained at an eye-watering 25.24%.

“This type of volatile wild market phenomena is not often seen and opens up opportunities to be positioned in quality names,” said Carol Lye, Brandywine Global associate portfolio manager.

“But caution is still warranted with volatility likely to remain as various property companies are still in a tight liquidity position.” 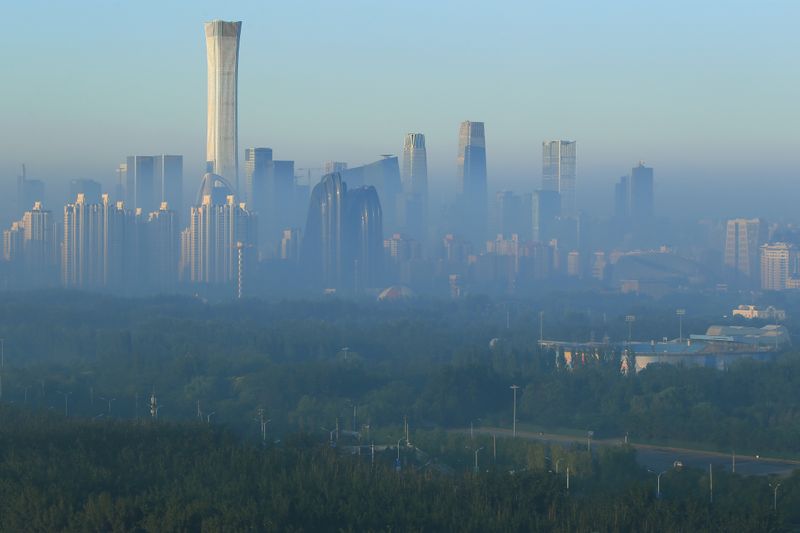