WINNIPEG, Manitoba – Canadian exporters of commodities from grain to fertilizer and oil scrambled on Wednesday to divert shipments away from Port of Vancouver, which floods have isolated, but they found few easy alternatives.

The disaster, which has killed at least one person, has caused the latest blockage in the congested global supply chain, driving up inflation fears ahead of the holiday shopping season.

The Trans Mountain oil pipeline and part of an Enbridge Inc gas line have closed as precautions.

“That western corridor is our lifeblood,” said John Brooks, CP’s chief marketing officer, at an investor conference on Tuesday. “Just about all commodities to some extent flow through that.”

Vancouver’s port moves C$550 million ($437 million) worth of cargo a day, ranging from automobiles and consumer goods to commodities.

The alternatives include diverting commodities to British Columbia’s northern port of Prince Rupert, to the U.S. Pacific Northwest or across the continent to eastern Canada.

The clock is ticking. Port of Vancouver said it expects vessels to anchor longer while they await delayed cargo, a situation that usually results in shippers paying demurrage for the extra wait.

Buyers can also charge penalties for shipments that arrive late, raising the urgency to find alternatives.

“Everyone is looking at it,” one Canadian grain trader said.

Even if the railways can carry out repairs within a few days and restore service – they have not provided estimated timelines – delays will stretch for as much as one month given the backlog of shipments to work through, said a second grain industry source.

Canola futures for January delivery fell 1.5% as traders factored in transportation problems from the floods.

Teck Resources, a copper and coal miner, said in a statement that it was diverting trains from Vancouver to a Prince Rupert terminal.

Trans Mountain’s closure means some 300,000 barrels of oil and refined products each day will start filling storage tanks, or find another conduit.

The main alternatives are shipping oil east on Enbridge’s Mainline or south by train to the United States, said John Zahary, CEO of Altex Energy, which owns rail terminals in Alberta and Saskatchewan.

“(It) does seem like supply chains are so tight these days that when something happens, panic and scrambling becomes the plan,” Zahary said.

(Reporting by Rod Nickel in Winnipeg; Editing by Lisa Shumaker) 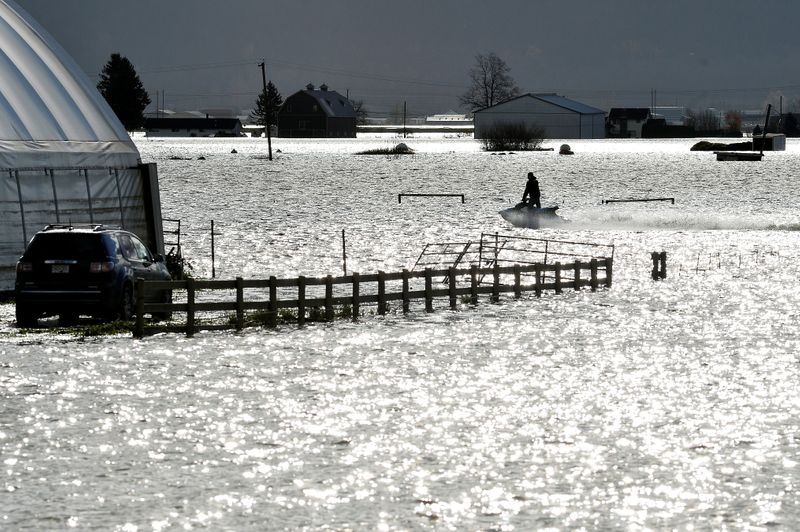