By Tommy Wilkes and Jonathan Spicer

LONDON/ISTANBUL – Turkey’s central bank is expected to deliver more interest rate cuts on Thursday – a move that President Tayyip Erdogan will likely cheer but which analysts warn could lift inflation higher and accelerate the demise of the lira.

The currency has suffered a steep selloff in the run up to the bank’s policy decision expected at 2 p.m. (1100 GMT) on Thursday, slumping more than 6% in November and crashing through the 10 to the dollar watershed to a new record low https://www.reuters.com/world/middle-east/turkish-lira-hits-new-depths-ahead-another-expected-rate-cut-2021-11-16/#:~:text=ANKARA%2C%20Nov%2016%20 ,pressure%20and%20slashing%20interest%20rates.

Here are four questions facing the central bank, which has slashed policy rates by 300 basis points since September:

1/WHAT WILL THE CENTRAL BANK DO?

Turkey is expected to reduce its policy rate by 100 basis points https://www.reuters.com/world/middle-east/turkish-cenbank-cut-policy-rate-15-lira-hits-record-lows-2021-11-11 to 15%, according to a Reuters poll.

While inflation is at 2-1/2 year highs, analysts predict October’s lower-than-expected reading increased the likelihood of a cut, although some caution the speed of the lira’s recent tumble may stay the bank’s hand.

Erdogan holds the unorthodox view that lower rates will tame inflation and ousted the last three central bank chiefs over a 20-month span due to policy disagreements.

Governor Sahap Kavcioglu, appointed in March, ended months of hawkish talk in September when he laid the groundwork for easing. The central bank acknowledged last month there was limited room for further monetary policy easing by year-end.

However, recent cuts have shredded any remaining investor confidence in the bank’s independence.

Erdogan, a self-described enemy of interest rates, has his eyes firmly on elections to be held no later https://www.reuters.com/world/middle-east/turkey-cut-some-fixed-electricity-fees-help-consumers-2021-11-08 than mid-2023. With his popularity slipping in opinion polls, the pragmatic president could rethink his push for monetary stimulus – or refuse to back down despite the lira pain.

2/HOW LONG CAN TURKEY PLAY THIS GAME?

Cutting rates despite double-digit inflation and a tumbling currency is dangerous, say analysts.

“Unless we see a significant policy reversal in Turkey any time soon, the country looks set to head into its third currency crisis since 2018,” said Erik Meyersson, a Stockholm-based senior economist at Handelsbankenan who specialises in Turkey.

Turkey has far less ammunition to defend the currency than in previous years with foreign exchange reserves https://www.reuters.com/world/middle-east/turkey-raises-required-reserves-forex-liabilities-official-gazette-2021-11-08 falling. Central bank reserves in Q2 covered fewer than three months worth of imports, down from 4.5 in 2019.

But Turkey may not be able to cut much further, especially with central banks globally, including the U.S. Federal Reserve, preparing to tighten policy to curb inflation.

“Going forward, we don’t think that the current policy mix is sustainable and rates will eventually need to go higher,” Goldman Sachs analysts said, forecasting rates to fall to 15% by year-end followed by 300 basis points of hikes in the second half of 2022.

Another risk is the large volume of short-term dollar-denominated debt Turkey must repay.

3/WHERE IS INFLATION HEADED?

Annual inflation https://www.reuters.com/business/cop/turkish-inflation-climbs-near-20-highest-2-12-years-2021-11-03 rose to 19.89% in October – four times the central bank’s target, although it argues price pressures are temporary. Policymakers recently shifted emphasis to core inflation, which stood at 16.83%.

Producer prices soared 46.31% year-on-year in October, suggesting inflation should remain elevated for several more months. Deutsche Bank predicts headline inflation will stay above 20% in the first half of next year and end 2022 at 16%.

4/ WHAT IS ERDOGAN’S ENDGAME?

Rampant inflation and the tumbling lira have hit Turkish consumers hard, eating into earnings. This has unnerved Erdogan, whose conservative AK Party has ruled for 19 years on a reputation for delivering a strong economy and household wealth.

Erdogan’s gamble is that rate cuts will boost the economy by supporting lending, exports and jobs. Economists say exports are unlikely to benefit from a weaker currency because of companies’ high foreign debts.

(Reporting by Tommy Wilkes in London and Jonathan Spicer in Istanbul, editing by Karin Strohecker and Richard Pullin) 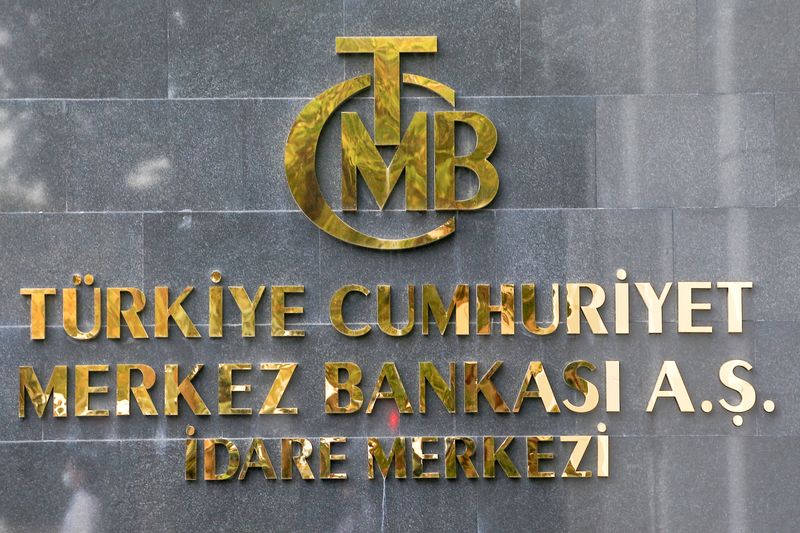