The resource-rich state on Wednesday unveiled a long-awaited bill aimed at protecting Indigenous heritage, but drew a backlash from Aboriginal groups because a government minister will keep the final say over development decisions.

Australian pension fund HESTA and the Australian Council of Superannuation Investors (ACSI) said that opposition to the bill by traditional owners to the regulation was a cause for concern.

“There is emerging consensus among representatives of First Nations peoples and the Responsible Investment industry that this version of the Western Australia bill sets the bar below international standards and will not prevent another Juukan Gorge,” said Mary Delahunty, Head of Impact at HESTA.

The rock shelters that Rio destroyed at Juukan Gorge showed evidence of human habitation stretching back 46,000 years into the last Ice Age.

“The material financial risks and uncertainty that can arise from poor company engagement with First Nations Peoples and lack of protection of cultural heritage are a concern for investors,” Australian Council of Superannuation Investors (ACSI) CEO Louise Davidson said in a statement.

It was important the new law gave increased assurance that risks to heritage sites will be adequately managed and mitigated, she said.

An Australian inquiry into the incident recommended a new national legal framework and for Aboriginal people to be the top decision makers on heritage issues.


Western Australia produces more than half of the world’s traded iron ore, a key steel-making ingredient and Australia’s most lucrative export, worth A$153 billion ($111 billion) in the year to end-June. 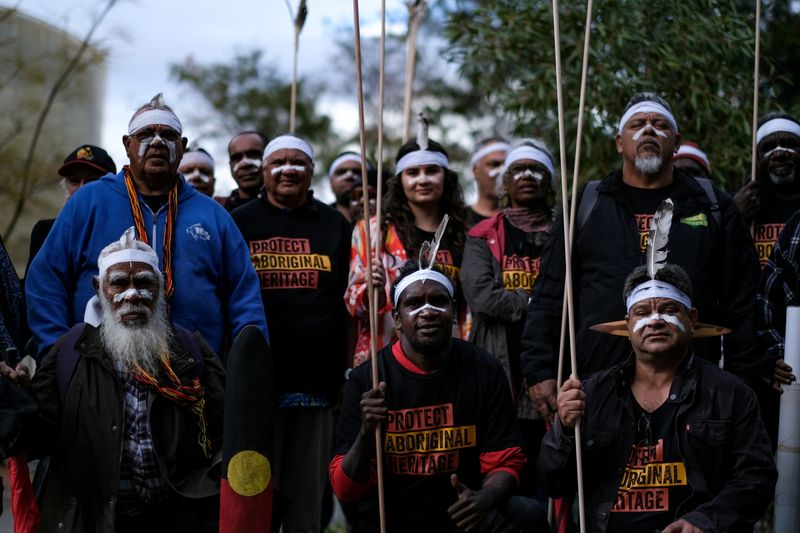