“The uncertainty around the pandemic and the consequent volatility in the data have posed a number of challenges to the Nowcast model,” the New York Fed posted on its site.

While other major institutions have yet to follow suit, the world of economic forecasting remains largely in a state of suspended animation.

A government-mandated world recession is without modern historical precedent. There are no truly comparable models for economists, investors and policymakers to draw on, leaving huge uncertainties about the new world that emerges.

And the biggest casualties have been cyclical or trend-driven analysis which investors have been wedded to for decades.

Put bluntly, you have take any confident prediction of where employment, growth, and inflation are headed over the next year or two with a large pinch of salt.

A look at Citi’s economic surprises indexes, which measure the extent to which incoming data is either beating or missing consensus forecasts, shows how erratic the numbers are.

Between 2003 and February last year – before the onset of the pandemic – the average weekly change in the aggregate G10 surprises index was just 0.03 points. Since March 1 last year, that average change jumped to 0.3 – 10 times larger.

The index’s peaks and troughs have been far more extreme too, meaning the standard deviation of weekly surprises has more than doubled to 17 from 7.5. A low standard deviation shows that data are clustered around the average, and a high reading shows they are dispersed much more widely.

It’s a similar pattern across individual economic areas. Comparable figures for the U.S. economic surprises index are lower, but are significantly higher for the euro area, where pandemic-era weekly surprises are 20 times greater than the average over the previous 17 years.

Of course, these numbers are heavily skewed by the initial lockdowns in the months following March 2020, which brought large parts of economic activity across the world to a juddering halt, and the surprisingly strong and quick rebound.

“We have information, even if it is sometimes difficult to interpret. You just have to be more careful interpreting it because the normal cyclical patterns are up in the air, as indeed is our understanding of economic trends,” he says.

That doesn’t mean the textbooks should be rejected entirely, nor should it prevent policymakers from turning to them for guidance on where to turn next. Economic fundamentals still apply.

As Buiter puts it: “We have to look up words that we haven’t had to use before. But we know how to pronounce them.”

But the effects of the pandemic are still skewing the data, nowhere more so than inflation. It is the highest in decades and well above central bank targets in many parts of the world, elevated by supply bottlenecks, shortages, high food and energy prices, and yes, rising demand.

Buiter is part of a fast-growing phalanx of leading academics, financial market heavyweights and former policymakers urging the Fed to rethink its position that inflation is still “transitory.”

Before the Great Financial Crisis, the Fed would almost certainly be raising interest rates with annual inflation running at a 30-year high. But the scarring from 2007-09 runs deep, meaning the gap between rock-bottom policy rates and inflation has never been bigger.

Similarly, the fog of uncertainty clouding visibility of post-pandemic economic data and the policy outlook has rarely been thicker either.

“Acting without clarity is risky,” said San Francisco Fed President Mary Daly on Tuesday. “In the face of unprecedented uncertainty, the best policy is recognizing the need to wait. Although this can be hard, in the end, patience is the bravest action we can take.” 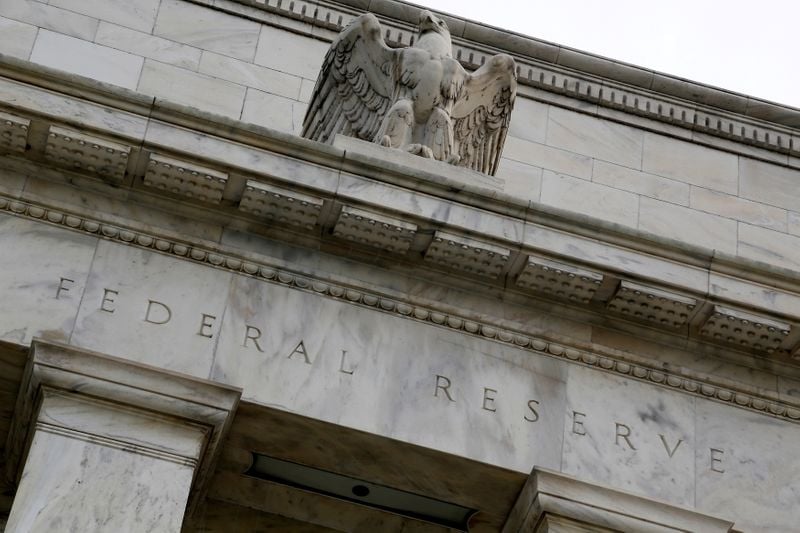