FORT COLLINS, Colo. – The practice of excluding China from global wheat and corn analyses has been increasingly prevalent in recent years because of the country’s swelling stockpiles. However, China last year became the top corn importer as domestic prices soared, so is the exclusion still valid?

Since the premise of separating China is related to its previously minimal participation in global trade, both calculations should probably be made, but there is still compelling evidence to keep the separation.

China has long maintained large grain stockpiles for food security, though it officially scrapped the practice for corn a few years ago. But its burden on world supplies has risen, and that has sometimes masked fluctuations in exportable products.

China’s import patterns have differed over the decades, but activity had recently been quiet. Just five years ago the country was outside the top 10 corn and wheat importers, but it jumped into the top spot for corn last year, and that is expected to continue at least this year.

Its wheat imports were the world’s second-largest in 2020-21 and similarly strong purchases in 2021-22 should be enough for No. 4, according to U.S. government estimates.

However, China is unique in that its imports account for an unusually small portion of annual demand because no other importers produce such a massive crop. China is No. 2 in corn output and No. 1 in wheat.

China’s corn imports this year are expected to cover 9% of needs. The same figures for other top importers are 38% for Mexico and nearly 100% for Japan and South Korea. For wheat, the percentage comparisons with others are similar to those of corn as those buyers depend heavily on foreign grain.

Another possible hiccup with accounting for Chinese and world corn supplies together is that Chinese stocks have become more of a mystery in recent years, but the price surge does not suggest a situation as comfortable as USDA numbers might suggest, for example.


However, logistical barriers are notorious in China. Since grain and livestock production areas largely do not overlap, sometimes it is more expensive to move product within the country than to import from overseas. That could offer some validity to a high-stock, high-import argument.

China has been more vocal over inventories of wheat, which is still intentionally stockpiled and price-supported in the country. Beijing said earlier this month that it has 1.5 years’ worth of wheat in reserves, though that is more generous than U.S. estimates by half a year.

USDA figures suggest China will hold a record 51% of the world’s wheat by mid-2022. Its corn share is seen at 69%, down slightly from last year, though industry ideas probably vary.

There is no masking by China of the exportable wheat shortage this year as evidenced by the boosting of global prices to multiyear highs, and the same can be said for corn. Excluding China, global wheat ending stocks are set for eight-year lows in 2021-22, something that corn achieved in the previous marketing year. 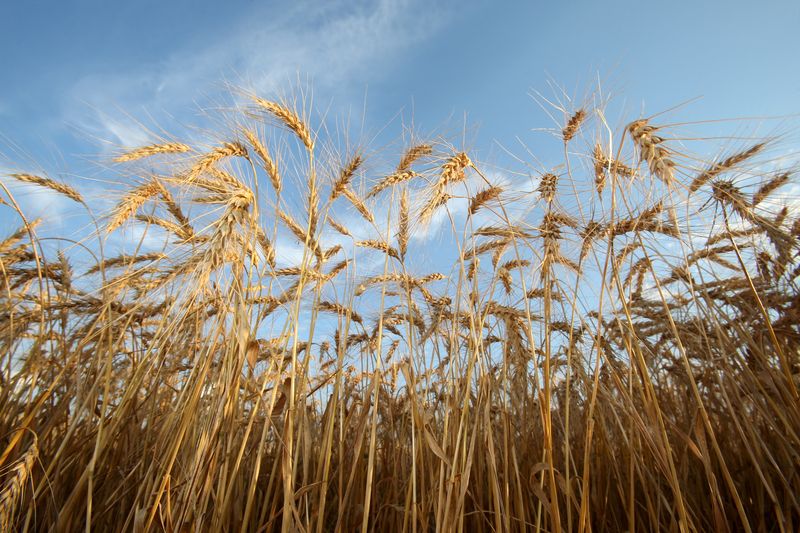