WASHINGTON – Two Republican lawmakers who were stripped of their committee assignments over threats against Democrats can expect to be reinstated, if their party wins control of the U.S. House of Representatives in next year’s elections, the chamber’s top Republican said on Thursday.

House Republican Leader Kevin McCarthy told reporters that Representatives Paul Gosar and Marjorie Taylor Greene, who were punished by the current Democratic majority, would have the right to serve on committees with Republicans in charge.

Greene, a first-term lawmaker, was stripped of her committee assignments in February over incendiary remarks that included support for violence against Democrats.

The Gosar and Greene cases underscore the growing intensity of threatening rhetoric in Congress, 10 months after thousands of supporters of then-President Donald Trump stormed the U.S. Capitol as lawmakers prepared to certify his election defeat.

McCarthy has refused to discipline either Gosar or Greene, both staunch Trump allies. But on Wednesday he said Republicans might prevent certain Democrats from serving on committees if they win control of the chamber.

In 2019, House Republicans removed Republican Representative Steve King from his committees after he questioned why white supremacy is considered offensive in an interview. He was defeated by another Republican in a primary election in 2020. 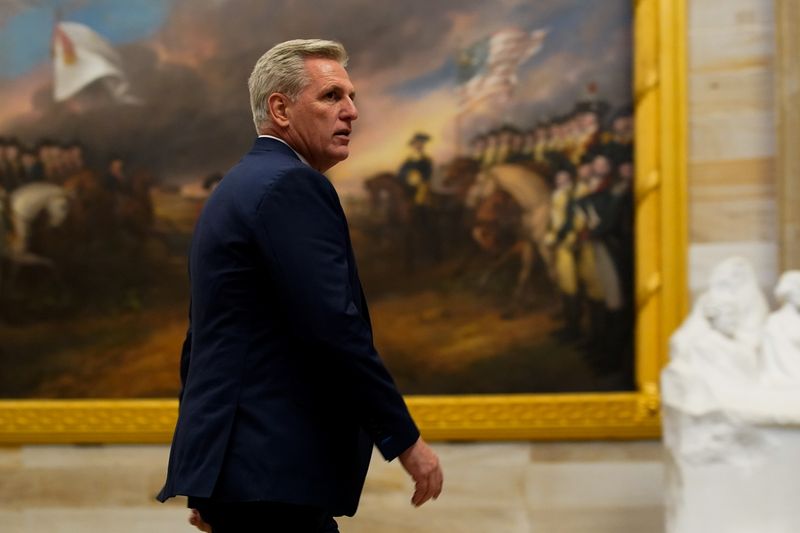