– U.S. lawmakers are weighing a bill that would allow soybean oil-based jet fuel to qualify for an unprecedented tax credit, a win for biofuel producers and a blow to environmental groups that say crop-based materials undermine the benefits of making greener fuels.

The White House has set ambitious targets to lower aviation emissions by 20% by 2030 and has touted sustainable aviation fuel, which is currently made in small quantities from used cooking oil and animal fat, as a means to hit those targets.

While numerous industries are pursuing ways to decarbonize vehicle use, some modes of transport, like heavy trucking and aviation, are viewed as difficult to convert to electric power.

Biofuel groups say it will be impossible to meet such targets without utilizing ethanol and soybean oil and want the current model for determining eligibility for the tax credit to be changed.

Some environmental groups, however, argue that increased demand for crops causes land, including rain forests, to be cleared in the United States and abroad.

Petroleum refiners have ramped up production of green fuels, supported by tax credits such as the biofuel blenders tax credit and various low-carbon fuel standards.

An early version of the $1.75 trillion Build Back Better bill currently being negotiated in Congress drew criticism from U.S. farmers and the growing sustainable aviation fuel industry. They opposed a clause that said producers would have to demonstrate a carbon score at least 50 percent better than the fossil fuel alternative, based on a model developed by the International Civil Aviation Organization (ICAO).


The latest version of the bill, updated on November 3, specifies the fuel production pathway could be “similar to that” adopted by ICAO, but also satisfies criteria under the Clean Air Act. It could be achieved by allowing fuels including soy-based jet fuel, as well as others.

“This leaves the door open for soy-derived SAF and threatens to undermine the climate benefits of a SAF credit,” said Nikita Pavlenko, senior researcher with the International Council on Clean Transportation Fuels team. He added that ethanol-based fuel seemed less likely to meet ICAO or GREET standards.

The latest version of the Build Back Better legislation puts tax credits for SAF between $1.25 to $1.75 a gallon, depending on the feedstock used.

The changes could mean U.S. petroleum refiners will consider producing more sustainable aviation fuel at scale. Oil companies like Marathon Petroleum and Chevron have been relying on soybean oil as a primary feedstock for renewable refining projects and have bought soybean crushing plants to ensure enough supply, with soybean prices soaring. 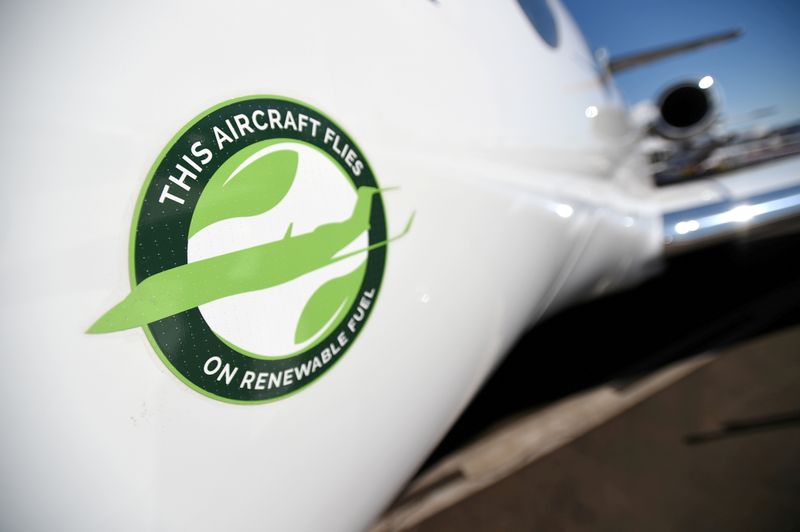