LONDON – People in Britain turned more confident this month despite worries about inflation and they were more willing to purchase expensive items, according to a survey that will be welcome news to retailers preparing for the Christmas season.

The GfK Consumer Confidence Index rose for the first time in four months to -14 in November from -17 in October which was its lowest level since an early-2021 coronavirus lockdown.

A Reuters poll of economists had pointed to further deterioration this month to -18.

Joe Staton, GfK’s client strategy director, said views on the economy had improved despite rising inflation and the prospect of higher interest rates although consumers were less buoyant about their personal finances.

“This weakness is important as it reflects day-to-day plans to save or spend and is a strong driver of overall UK economic growth,” Staton said.

“However, one highlight for both physical and virtual retail is the seven-point jump in major purchase intentions in the run-up to Black Friday and Christmas.”

The rise in GfK’s measure of consumers’ propensity to make a major purchase to -3 from -10 left it 25 points higher than it was in November last year.

The Bank of England has said the rise in inflation and other squeezes on household finances, including the end of emergency pandemic welfare support for many households, could slow Britain’s economic recovery from the coronavirus crisis.

The BoE is due to announce on Dec. 16 whether it is raising interest rates from their all-time low after it wrong-footed many investors on Nov. 4 when it kept borrowing costs on hold despite forecasting inflation would climb to around 5%. 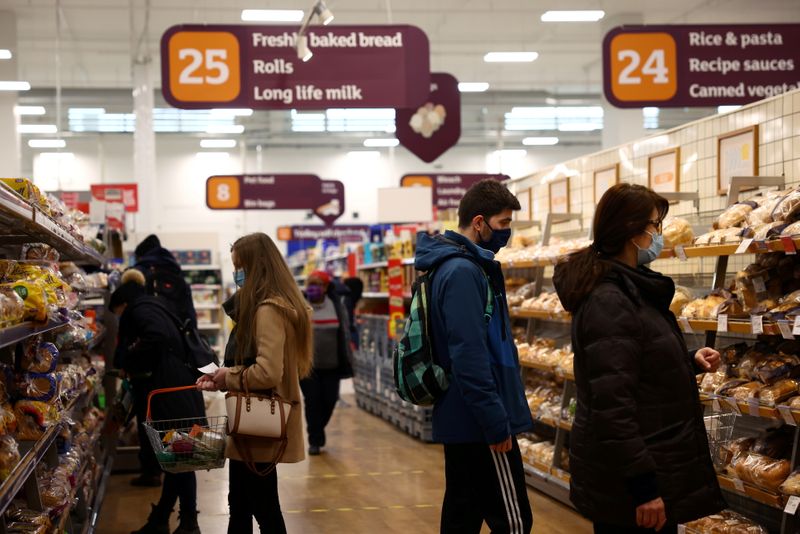