By Jason Lange and Andy Sullivan

WASHINGTON (Reuters) -President Joe Biden’s $1.75 trillion social-policy bill offers hundreds of billions of dollars to subsidize child care and expand pre-kindergarten, but millions of kids could be frozen out if Republican governors decline to use the money.

The “Build Back Better” package making its way through Congress provides $390 billion for nationwide pre-kindergarten and subsidized child care, but requires states to pay up to 40% of the cost. Costs could rise further if Congress fails to extend the two programs when they would expire in 2028.

That could be a deal-breaker for conservative states reluctant to spend money on safety-net programs — even though some of the biggest per-capita benefits would go to poor, Republican-led states including Mississippi and West Virginia.


“We’re talking about completely overhauling and disrupting the entire system of childcare and pre-K for a plan that’s on a knife’s edge,” said Matt Bruenig, of the left-leaning People’s Policy Project, who is pushing for a larger federal role.

It would not be the first time that Republican-led states balk at a federal program on concerns over cost and government overreach. Many did so when they rejected billions of dollars in federal aid over the past decade to expand the Medicaid health plan for the poor under President Barack Obama’s signature Affordable Care Act.


“The Biden administration wants to insert itself into the most intimate family decisions and tell parents how to care for their toddlers,” Senate Republican Leader Mitch McConnell said this month.

Republicans oppose the Build Back Better bill, and Democrats in Congress are trying to pass it on a straight party vote.

The Biden plan’s initial rollout gives more childcare subsidies to states with lower incomes and higher rates of child poverty — a formula that benefits Republican-leaning states, according to a Reuters analysis of funding estimates by the Center for Law and Social Policy, which advocates for low-income Americans. https://graphics.reuters.com/USA-BIDEN/zjvqkwmmrvx

States with lower incomes and higher rates of child poverty would get more money per capita in the first three years of the program to overhaul childcare networks and expand access to subsidized childcare. States that voted for Donald Trump in 2020 would get about $4,600 for every child under 6, while states that voted for Biden would get about $3,600, according to the Reuters analysis.


At least one state recently walked away from federal dollars over ideological concerns.

Idaho’s Republican-led state legislature earlier this year rejected $6 million in federal aid for early childhood education. Conservative lawmakers said they were worried the money would advance liberal teachings on race relations and encourage mothers to work outside the home.

Some backers of Biden’s child-care proposals say it could be difficult to get state buy-in.

“It will be a huge struggle,” said Beth Oppenheimer, executive director of the Idaho Association for the Education of Young Children.

The measure provides a Plan B if states decline to participate, as local governments could work directly with the federal government to set up programs.

The plan, which the Democrat-led House of Representatives approved on Friday in a first step in seeking approval from both the House and the Senate, aims to create universal free schooling nationwide for children age 3 and 4 and subsidize child care for most families with children under age 6.


States would receive federal funding to get programs running but would have to start covering some of the cost within a few years: 10% for the child-care subsidies starting in 2024, and up to 40% for pre-K.

An earlier version of the legislation would have kept federal subsidies in place for longer, but was scaled back to satisfy centrist lawmakers who said the bill’s original $3.5 trillion price tag was too high.

States that already have robust pre-K programs, such as Vermont and Florida, would find it easier to participate than those like Idaho and South Dakota, which would have to create programs, said Angela Rachidi, a senior fellow in poverty studies at the conservative American Enterprise Institute.

Advocates point out that many Republican-led states already have pre-K programs in place, while others like Alabama and Arkansas have used federal coronavirus aid to expand their early-childhood programs. 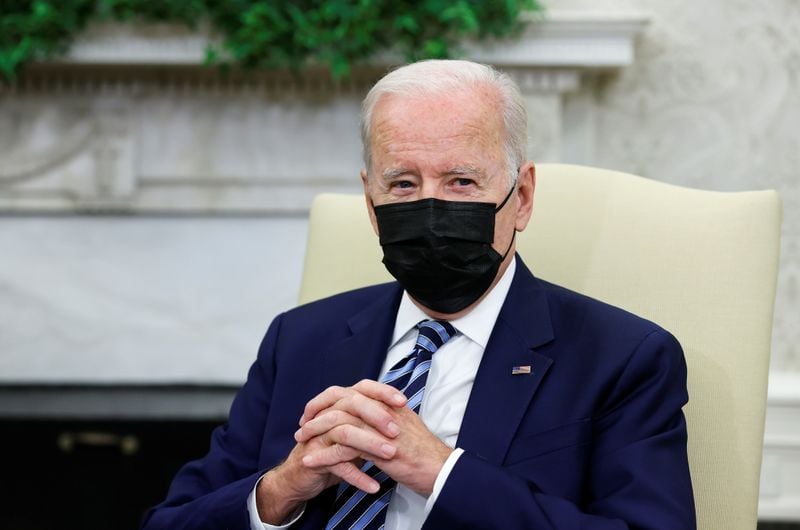