BRASILIA -Brazil’s central bank President Roberto Campos Neto said on Friday that inflation expectations for 2022 are rising and shifting “a bit” away from the bank’s target, noting that the bank has been trying to control it by raising interest rates.

Campos Neto also said it is likely that the Brazilian central bank will revise downward its forecast for the country’s GDP growth next year, currently standing at 2.1%, but did not provide details on the new projection.

He added that the bank has discussed a bill on how to regulate cryptocurrencies as an investment asset, given that Brazilian purchases of bitcoins were starting to affect import data.

“They have already started to affect national accounts, which means they have become an important instrument,” he said, adding that he wanted to get more clarity on the government’s plan for cryptocurrencies. 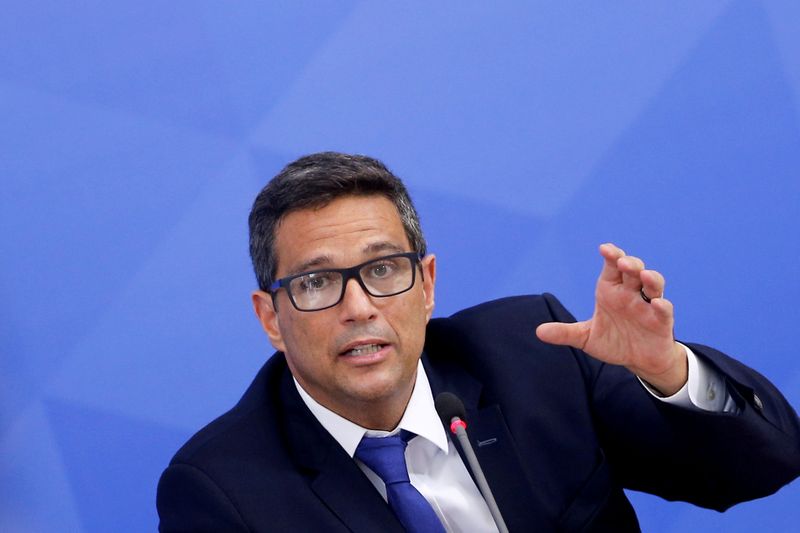