– China Evergrande’s electric vehicle division is raising about HK$2.7 billion ($347 million) from a share sale to fund production of new-energy cars, it said on Friday.

The new shares account for about 9% of the company’s total issued stock and are priced at a 15% discount to their Friday’s close of HK$3.53.

Earlier this month, the EV business announced plans to raise HK$500 million to fund production of cars made by its Hengchi brand.

China Evergrande, the world’s most indebted developer, has been stumbling from debt-repayment deadline to deadline as it grapples with more than $300 billion in liabilities.

On Friday, the benchmark provider of Hong Kong’s Hang Seng China Enterprises Index said China Evergrande Group would be removed from its index.

(Reporting by Savyata Mishra in Bengaluru; Editing by Anil D’Silva) 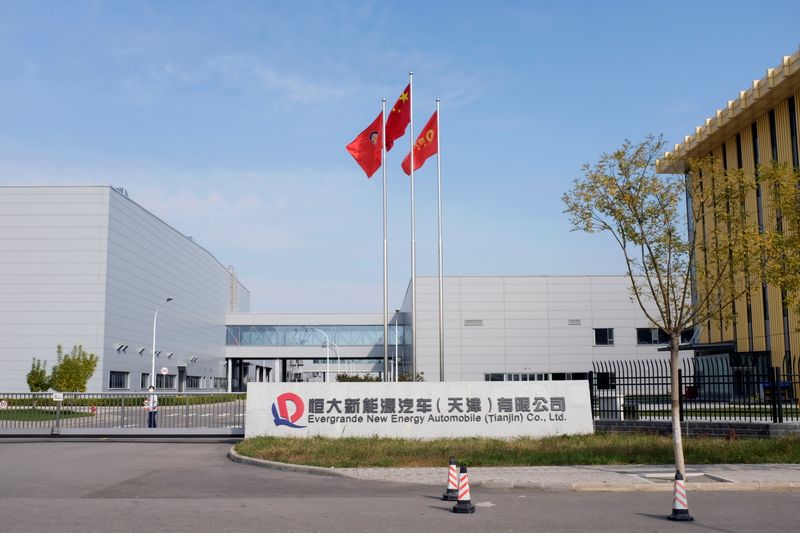