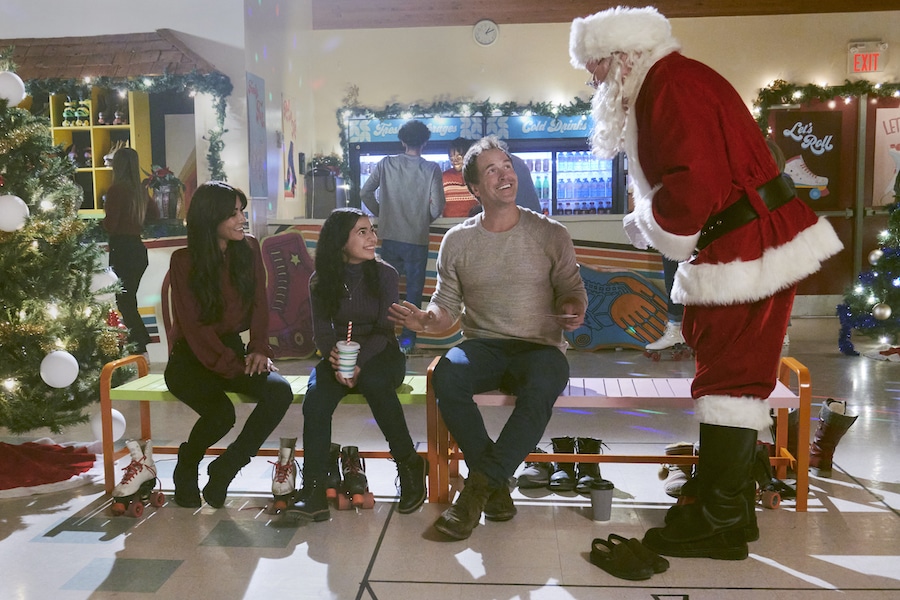 Build-A-Bear Entertainment today announced the premiere date of its newest film, Christmas CEO, which is part of Hallmark Channel’s annual “Countdown to Christmas” programming event. The film premieres in a prime slot the day after Thanksgiving on Friday, November 26 at 6pm ET/5pm CT on Hallmark Channel and is the perfect way to unwind following the traditional day of holiday shopping! Viewers can find the channel in their area here.

Christmas CEO stars, Marisol Nichols and Paul Greene, as the lead characters. The film shares the story of Christmas “Chris” Whittaker (Nichols) who, because she was named for her holiday birthdate, believes she was destined to make toys and becomes the CEO of a small toy business. She is sure that her dreams have come true when she receives a once in a lifetime offer to merge with a mega toy company until she discovers that the merger will require a signature from her ex-business partner (Greene) to seal the deal. What he helps her rediscover, with a little help from Santa, will change both of their lives.

“We are delighted to have created Christmas CEO through our multi-year relationship with Crown Media Family Networks and, once again, to be part of the rich Hallmark tradition of wholesome holiday storytelling,” said Sharon Price John, President & CEO of Build-A-Bear, and executive producer on the film. “This story celebrates the spirit of the season and, like our Hallmark holiday film from last season, Deliver by Christmas, celebrates our mission of ‘adding a little more heart to life.'”

The film also features the importance of giving back during the holiday season by integrating a toy drive sponsored by the Marine Toys for Tots Foundation into the storyline. In honor of that connection to the movie and the 14 years that Build-A-Bear has worked with the Toys for Tots organization, the company is pleased to announce that Build-A-Bear Foundation has donated $150,000 and 15,000 furry friends for the 2021 holiday season bringing the total support through the years to more than $3.7 million and over 700,000 furry friends.