– The Biden administration will remove the word “squaw” from place names on federal land as part of an effort to reckon with the nation’s racist past, the Department of Interior said on Friday.

The word, a term for Indigenous women that Native Americans find offensive, is used in more than 650 place names on federal lands, according to the Department.

Several states, including Maine, Minnesota and Montana, have already banned the use of the term in place names.

“Racist terms have no place in our vernacular or on our federal lands,” said Interior Secretary Deb Haaland, the nation’s first Native American cabinet official.

“Our nation’s lands and waters should be places to celebrate the outdoors and our shared cultural heritage – not to perpetuate the legacies of oppression.”

She said her agency would also create an advisory committee to begin a review to find and replace other derogatory names of places on federal land.

The so-called Advisory Committee on Reconciliation in Place Names will be comprised of representatives from tribes, Native Hawaiians, civil rights and cultural studies experts and members of the public.

The committee’s creation is aimed at accelerating the renaming of properties. Currently, there are hundreds of name changes pending before the Board on Geographic Names, and the process can take years, the Department said.

“It is well past time for us, as a nation, to move forward, beyond these derogatory terms, and show Native people – and all people – equal respect,” John Echohawk, executive director of the Native American Rights Fund, said in a statement. 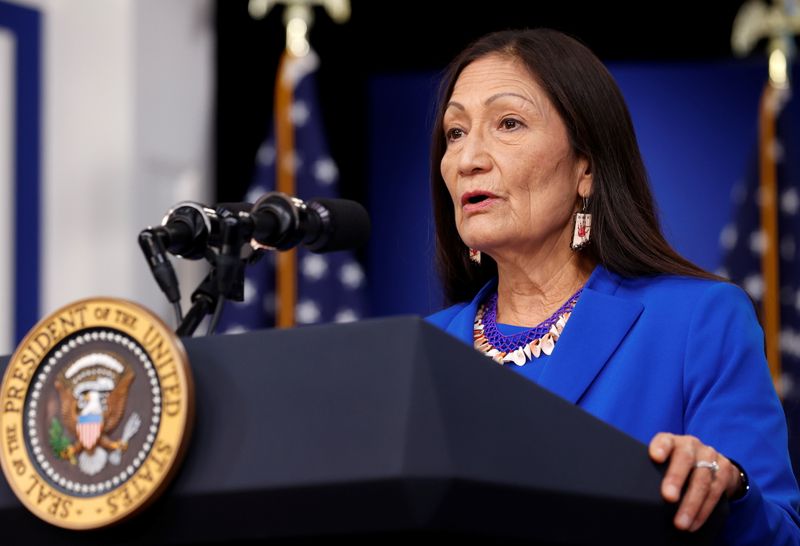 AOC: The President And Congress Must Put Supreme Court ‘In Check’

Army Chaplain Under Investigation For Sending Pro-Life Message To Troops

AOC: The President And Congress Must Put Supreme Court ‘In Check’