LONDON – Bank of England Governor Andrew Bailey said his concern on the inflation outlook is that it could be “elevated for longer” but there is also a chance that inflation does not prove as persistent as feared.

Earlier this month the BoE forecast inflation would reach around 5% in the second quarter of next year, more than double its official target, due to surging energy prices and supply bottlenecks as the world emerges from the COVID-19 pandemic.

“You’re in a fairly febrile world … [the inflation picture] is two-sided,” he said in an interview with the Sunday Times.

“There are risks both ways. Obviously, our concern would be that if it gets into second-round effects, it could be elevated for longer.”

The second-round effects Bailey is particularly concerned about are wage bargaining and the labour market.

“If the economy evolves in the way the forecasts and reports suggest, we’ll have to raise rates. Which, by the way, is entirely consistent with what I said in October,” he said.

The governor said this week he was very uneasy about the inflation outlook and that his vote to keep interest rates on hold on Nov. 4 had been a very close call.

The BoE wrong-footed many investors when it did not lift interest rates from their record low 0.1%, following comments from Bailey in late October which markets interpreted as a signal that a rate rise was very near.

Since then, inflation has risen to a 10-year high of 4.2% and jobless data has not pointed towards higher unemployment after the end of the furlough scheme – a key concern that stayed the BoE’s hand at the start of this month.

Further unemployment data will come before the BoE’s next meeting on Dec. 16.

On Friday, BoE chief economist Huw Pill said the weight of evidence was shifting towards a rise in interest rates next month but that he had not made a decision, and markets would do better to focus on the longer term. 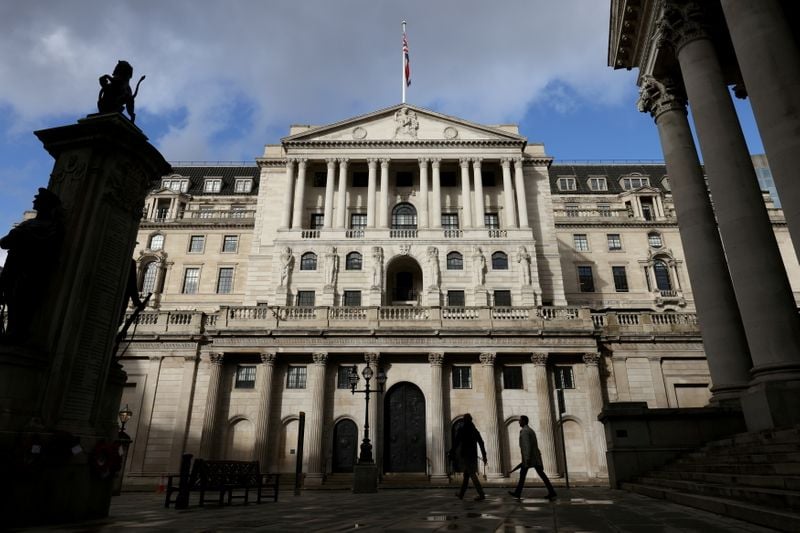