CHICAGO – The U.S. Centers for Disease Control and Prevention on Friday expanded availability of COVID-19 booster shots to all American adults, hoping to preserve vaccine protection against the fast-spreading Delta variant.

Previously, the agency had recommended booster shots only for people age 65 and older, or at high-risk from COVID, and said they could choose a different vaccine from the one they received for their initial inoculation.

Now, millions more Americans face the choice of which booster to use. Here is what some experts advise:

Prior CDC booster guidance was based on meeting specific age, health or other risk requirements that left some people confused about whether they were eligible.

The new guidance aims to clarify that. It says all adults 18 and older who received their second dose of a Pfizer/BioNTech or Moderna vaccine at least six months ago are eligible for a booster shot.

Many people 18 to 64 wondered whether they were qualified for boosters under prior guidance, which permitted them for people that age with medical conditions that increase their risk of serious disease, such as obesity or diabetes. It also included people at greater risk due to their professions or living situations.

For adults who initially received the single-dose Johnson & Johnson vaccine, guidance remains unchanged: they should receive any one of the authorized COVID-19 boosters two months later.

WHICH BOOSTER IS RIGHT?

U.S. booster guidance permits individuals to mix and match, using the same vaccine as their original series or a different one of their choosing.

Although the choices may seem confusing, Dr. Monica Gandhi, an infectious disease expert at the University of California, San Francisco, tried to break it down simply.

“Fundamentally, you can get whatever you want for your booster, except for something very particular: Johnson & Johnson should be followed by an mRNA (from Pfizer or Moderna), period.”

The FDA cleared a second J&J shot based on data showing increased efficacy against COVID-19 to 94%, up from 72% as a single-dose vaccine.

But a U.S.-government study of mixed booster shots found people who followed a J&J shot with an mRNA booster had significantly higher levels of protective antibodies.

The mix and match policy gives physicians more leeway to advise patients at risk for certain side effects to try a different vaccine. It also allows for the possibility that not every pharmacy or doctor’s office will carry all three types of boosters.

For those who got mRNA vaccines, the evidence suggesting a need for a booster is strongest for older adults who got the Pfizer/BioNTech shots, said Dr. Paul Offit, an infectious disease expert at the University of Pennsylvania and a member of the FDA’s vaccine advisory panel.

For younger individuals initially vaccinated with an mRNA vaccine, the decision is more nuanced. According to data presented on Friday to a CDC vaccine advisory panel, protection from the Pfizer/BioNTech vaccine appears to wane more quickly than the Moderna shots, but both still do a good job at preventing hospitalization and death.

Pfizer’s shot contains 30 micrograms of vaccine and so does its booster. Moderna’s original shots were 100-microgram doses, but the booster is approved as a half dose. It is not yet known whether Moderna’s lower-dose booster will have the same durability as the original shots.

Kathryn Edwards, a vaccine researcher at Vanderbilt University Medical Center, said Moderna’s lower dose may reduce the short-term side effects such as fever and body aches associated with the higher-dose Moderna shot.

Vaccines from both Moderna and Pfizer have been linked with a heart inflammation side effect known as myocarditis in younger men, but data presented to CDC advisers on Friday suggests a booster dose does not increase that risk. 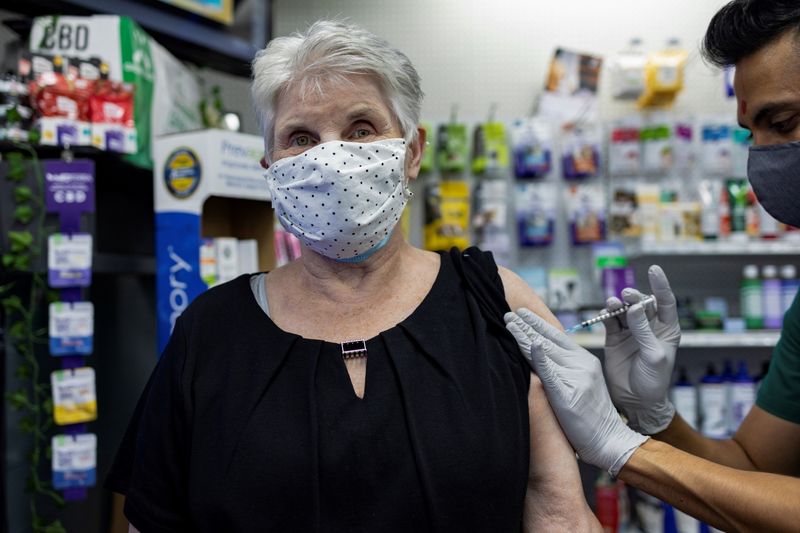