By Mike Scarcella and Brendan Pierson

– Under the laws of self-defense in Wisconsin, prosecutors in the murder trial of Kyle Rittenhouse faced a tricky legal challenge: proving a negative.

Rittenhouse’s testimony that he acted in self defense when he killed two men and wounded another during a chaotic night of protests in Kenosha, Wisconsin, last year required the state to convince a jury that the then-17-year-old did not have a reasonable belief his life was in danger, legal experts said.

“It’s one thing to affirmatively prove an element. It’s another to prove the nonexistence of something, which is what the prosecutors had to show,” said former Wisconsin Supreme Court Justice Janine Geske, now a law professor.

A jury acquitted Rittenhouse on Friday of five charges, including two counts of homicide, in a case that renewed debate about firearms in the United States and the scope of self-defense law in court.

Wisconsin is among at least 15 states that put a burden on prosecutors to disprove a defendant’s self-defense claim, according to the nonpartisan National Conference of State Legislatures. Also, there is no “stand your ground” law in Wisconsin. Under such laws, a person does not have to exhaust all other options before resorting to deadly force in self-defense.

Kenosha County Assistant District Attorney Thomas Binger argued at trial that Rittenhouse was an aggressor in the Aug. 25, 2020 confrontation and created an “active shooter” scenario that resulted in the deaths of Joseph Rosenbaum, 36, and Anthony Huber, 26, and the wounding of Gaige Grosskreutz, 28.

The defense argued that Rittenhouse, who was lawfully carrying an AR-15 style rifle, had been repeatedly attacked after bringing it to Kenosha to protect private property and had shot the men in fear for his life.


“In each of the three shootings, the victims were postured in a very adversarial position to Rittenhouse,” Adams said. “These weren’t people just walking down the street. These were not people just protesting. They were actively engaging in an adversarial way with Rittenhouse.”

Rittenhouse’s risky decision to take the stand in his own defense made it even tougher for prosecutors to disprove his self defense claim, the lawyers said.

Rittenhouse told the prosecution during cross examination: “I did what I had to do to stop the person who was attacking me.”

Some legal observers said the prosecution was also hampered by its own mistakes.

Wisconsin criminal defense lawyer Benjamin Van Severen said prosecutors could have focused their questioning of witnesses, particularly of Grosskreutz, to elicit more favorable testimony. Grosskreutz testified that Rittenhouse did not fire until after he was pointing his own gun at Rittenhouse.

“I think the climate in the country is much more self-defense friendly” than even 10 years ago, Applebaum said, citing a rising public perception of crime and self-disorder. “There’s a lot more appetite for people claiming that they were in fear of their lives and they used guns to resolve the situation.”

The Rittenhouse trial was the highest-profile U.S. civilian self-defense case since a man named George Zimmerman was acquitted in the fatal shooting of Trayvon Martin, an unarmed Black teenager, in Florida in 2013.

Geske, the former justice, praised the jury’s extensive deliberation over more than three days but said she was concerned the verdict will send a broader message that “when you’re out protesting or counter-protesting it is perfectly fine to bring loaded weapons to ‘protect yourself.'”


(Reporting by Mike Scarcella in Maryland and Brendan Pierson in New York; Editing by Noeleen Walder and Grant McCool) 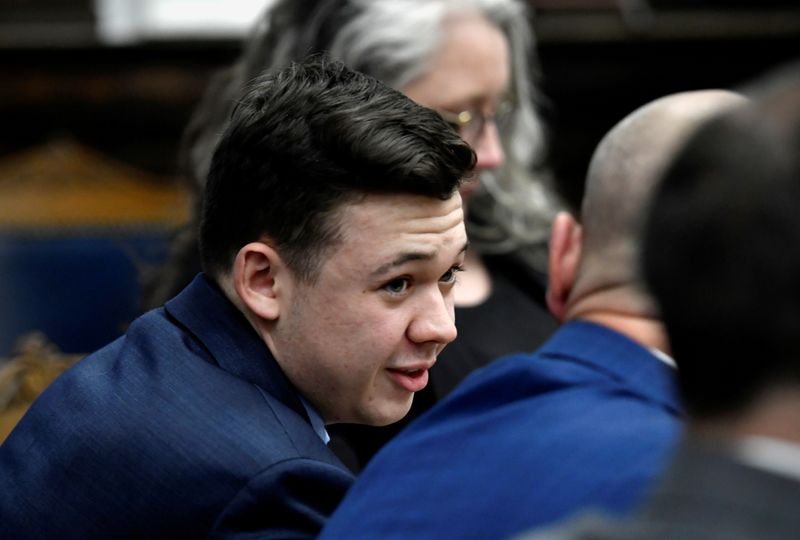