Biden told the service members he knew how much their loved ones missed them, especially during holiday celebrations, reflecting on his son Beau’s service in the U.S. Army in Iraq and Kosovo before his death of cancer in 2015.

“I know how hard it is to have someone who’s not at the table,” Biden told the hundreds of troops before donning an apron with a presidential seal and doling out stuffing. “You do so much and your families give so much.”

Biden said he was “damn proud” to serve as commander in chief of what he called the finest military “the world has ever seen.”


It was Biden’s first visit to Fort Bragg since becoming president in January. He was joined at the event by North Carolina Governor Roy Cooper.

The first lady also invoked Beau Biden’s memory, telling the troops, “We’re so grateful for everything that you do. And Joe and I feel like, you know, you’re family to us. And we cannot thank you enough.”

Before leaving the base, Biden met with special operations forces who often serve as the “tip of the spear” in U.S. military operations, the White House said.

Biden joins many of his predecessors in spending some time with the troops during the holiday season.

Since he has withdrawn troops from Afghanistan and is set to end the U.S. combat mission in Iraq by year’s end, Biden chose to visit U.S. forces within the United States rather than go abroad.

Former presidents including Donald Trump, Barack Obama and George W. Bush all traveled to visit troops in either Iraq or Afghanistan during the holiday season.

Biden’s decision to pull out of Afghanistan prompted a chaotic withdrawal that has been heavily criticized.

Many troops who have been deployed to Iraq and Afghanistan have been stationed at Fort Bragg.

Biden on Tuesday will travel to Nantucket, an island off the coast of Massachusetts, to spend Thanksgiving with his family, resuming a decades-long tradition that was interrupted last year due to the pandemic. He spent the holiday at his Delaware home with family instead. 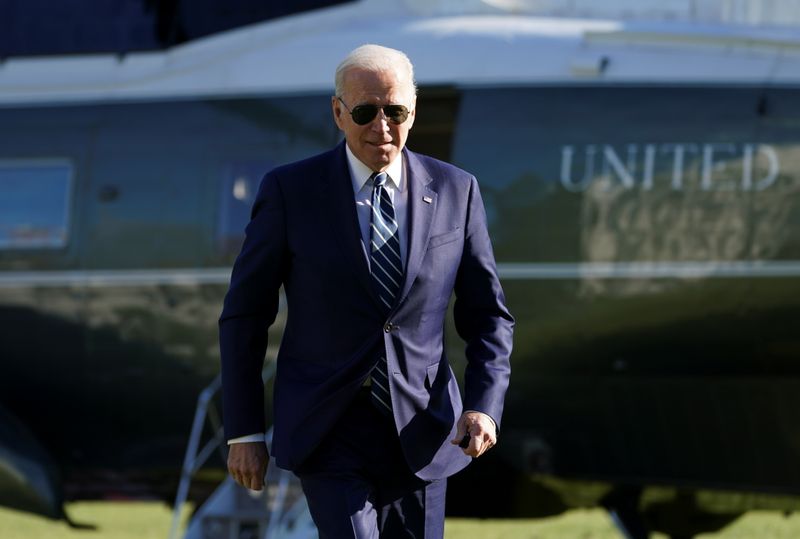 University Of Michigan To Pay $490 Million In Sex Abuse Settlement

Queens man gets 18 years in prison for shooting girlfriend

University Of Michigan To Pay $490 Million In Sex Abuse Settlement

Queens man gets 18 years in prison for shooting girlfriend

Murphy promised “no new taxes” during campaign, but Testa says the gov lied