NEW YORK – Former New York Governor Andrew Cuomo engaged in “multiple instances of sexual harassment,” used state resources for a book and was “not fully transparent” on the number of COVID-19 deaths at nursing homes, state lawmakers said on Monday, summarizing the results of an investigation.

“This has been a profoundly sad chapter in New York’s history,” said state Assembly Speaker Carl Heastie, who in March asked the Assembly’s judiciary committee to investigate allegations against Cuomo.

In a statement on Monday a spokesman for Cuomo called the report “revisionist” and said Cuomo’s team had not been given the opportunity to review evidence in the Assembly’s possession.

Cuomo has denied wrongdoing in the past, though he said in August https://www.reuters.com/world/us/new-york-governor-cuomo-resigns-after-sexual-harassment-findings-2021-08-10 when he resigned that he accepted “full responsibility” for what he called clumsy attempts to be affectionate or humorous.

Heastie initially asked the judiciary committee to determine whether Cuomo should be removed from office, after two women who worked for Cuomo went public with complaints of sexual harassment.

The impeachment effort was mooted by Cuomo’s resignation following the release of a report by New York Attorney General Letitia James that concluded Cuomo broke federal and state laws by sexually harassing women who worked for him.

The state Assembly report released on Monday acknowledged “ongoing law enforcement interests into several of the matters covered in this report,” and said the report had been prepared “with those interests in mind.”

The first prosecution to arise from the misconduct scandal that led to Cuomo’s resignation was a criminal complaint charging him with the misdemeanor sex offense of forcible touching, which was filed https://www.reuters.com/world/us/misdemeanor-complaint-related-sex-crime-filed-against-ex-ny-governor-cuomo-court-2021-10-28 in October in a court in Albany, the state capital. 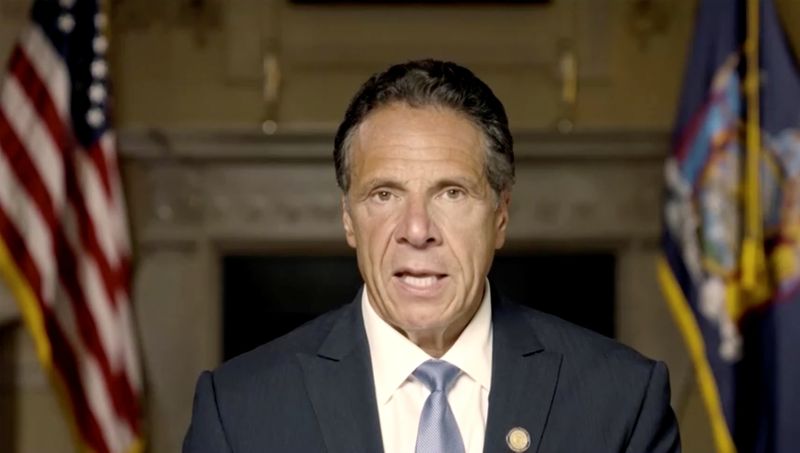