NEW YORK – U.S. President Joe Biden’s pick of Jerome Powell to continue as Federal Reserve chair reassured investors who said it gave some predictability as the central bank prepares to start hiking rates and slows the pace of bond buying.

Many investors had hoped that Powell, who was nominated as chair by President Donald Trump in 2017, would be renominated by Biden for another four-year stint. On Monday, Biden nominated Powell for a second four-year term, with Lael Brainard, the Federal Reserve board member who was the other top candidate for the job, as vice chair.

Biden also has three Fed seats to fill, including the vice chair for supervision, and intends to pick those in early December.

Powell’s current term, which is due to run out in February 2022, has proven positive for risk assets, with the S&P gaining 69.7% since his appointment on Feb. 5, 2018, and hitting a series of new records in part helped by emergency measures the Fed launched in response to the coronavirus pandemic.

“My reaction is one of relief,” said Peter Tuz, president, Chase Investment Counsel, Charlottesville, Virginia. “He was a steady hand, I think people liked in general the policies that he enacted since (COVID-19) first became an issue.”

While Tuz said that Powell was “liked by both parties, he has been a pretty stable force.”

Powell had always been the favorite, but he was seen as less of a slam-dunk after his odds in betting markets fell following sharp criticism of his performance by progressive Democrats and a trading scandal among Federal Reserve officials.

Online betting website PredictIt gave Powell a 79% chance of being confirmed by the U.S. Senate as of Monday morning, down from a 90% chance on Sept. 12, while the odds that Federal Reserve Governor Lael Brainard would be nominated had increased to 23% from a low of 6% in September.

While the leadership of the U.S. central bank is always important to markets, Biden’s decision takes on heightened significance this year as the Federal Reserve starts tapering its $120 billion in monthly bond purchases.

At the same time, the Fed is confronting an historic surge of inflation as global supply chains remain disrupted by the coronavirus pandemic. The Fed earlier in November released its asset purchase schedule as it begins to slow purchases.

“The markets are going to take this as a sign of relief,” said Robert Pavlik, senior portfolio manager at Dakota Wealth Management.

Pavlik said that Brainard taking the vice chair role “at least puts some kind of pressure on Powell to not to move too quickly with raising rates.”

Brainard, who was nominated to the Fed board by former President Barack Obama in 2014, is widely seen as more dovish than Powell in part because of her push to retain super-easy monetary policy until there is more progress on job recovery.

Ahead of the announcement, markets had priced in some risk of Brainard being elevated, and the news of Powell caused fixed income markets to price in “a bit more Fed tightening” while bank stocks gained, “with Brainard being viewed as more dovish on monetary policy,” wrote analysts at TD Securities.

U.S. government bond yields, which move inversely to prices, rose on the news, with those on two- and five-year Treasuries hitting their highest levels since early 2020. The dollar extended gains against a basket of currencies and the S&P 500 gained but then reversed by the end of the day.

Futures on the federal funds rate, which track short-term interest rate expectations, have fully priced in a quarter-point tightening by next June, up from more than 90% before Biden’s announcement.

Analysts at NatWest said that while in a high inflation environment the difference between Powell and Brainard would be “basically nil”, they said “it is possible one can argue a taper acceleration” is more likely in December under Powell. 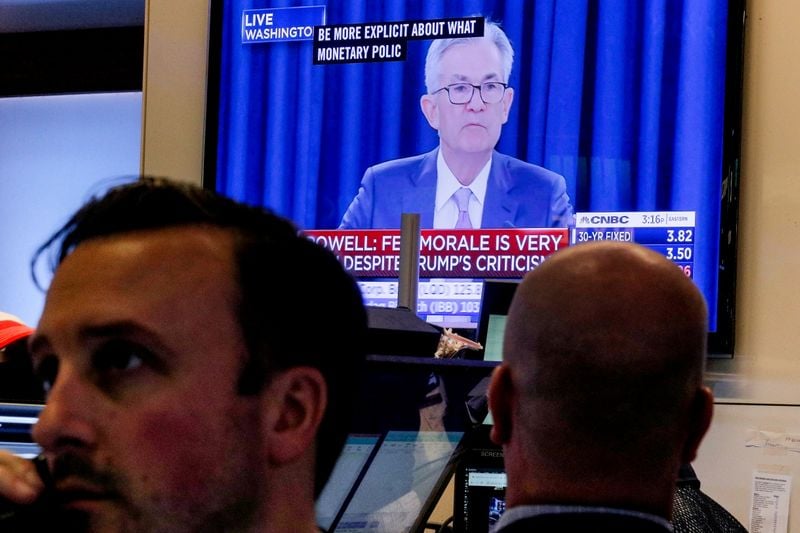