WASHINGTON – Lawyers for U.S. Capitol rioter nicknamed the “QAnon Shaman” bickered on Monday over who will now represent him, a week after he was sentenced to more than three years in prison for his role in the deadly Jan. 6 attack.

John Pierce, a Los Angeles-based attorney who represents about 25 Jan. 6 defendants, said he and Honolulu-based lawyer William Shipley have taken over as lawyers for Jacob Chansley, well-known for the horned headdress he wore while in the Capitol. A court filing confirms that they represent Chansley.

Their claim was immediately disputed by Chansley’s original attorney, Albert Watkins, who represented the 34-year-old through his guilty plea and sentencing https://www.reuters.com/world/us/us-seeks-four-years-prison-capitol-rioter-qanon-shaman-2021-11-17 to 41 months in federal prison.

A press release said Pierce and Shipley “are now counsel of record for Mr. Chansley in all further legal matters regarding his attendance at the January 6 protests.”

Chansley “will be pursuing all remedies available to him,” including “a possible direct appeal of his conviction … as well as claims of ‘Ineffective Assistance of Counsel,'” it said.

Watkins told Reuters that he not been fired.

“I am choosing to take the high road here and wait until such time as I have the opportunity to get some insight into what is really going on,” he added.

In a later statement, Watkins said he had spoken with Chansley who had confirmed his continuing representation.


At a hearing last week, Watkins unsuccessfully asked U.S. District Judge Royce Lamberth to sentence his client to jail time he already served since his arrest in January.

Pierce also was the first lawyer to represent acquitted Kenosha shooting defendant Kyle Rittenhouse but was fired by the Rittenhouse family in January. 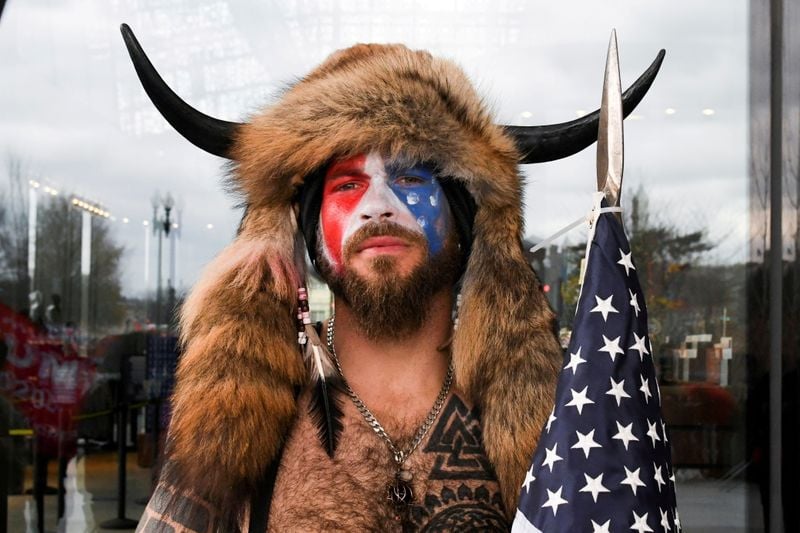