By Aditya Kalra and Abhirup Roy

NEW DELHI -Employees of India’s Future Retail have asked the Supreme Court to allow the company to sell its retail assets and rule against Amazon.com Inc in an ongoing dispute, citing risks to 27,000 jobs, according to a legal filing seen by Reuters.

As India’s Supreme Court hears the dispute, a group of Future Retail (FRL) employees have filed a petition urging the court to rule against Amazon, saying their livelihoods were at stake.

If the deal fails, Future “will be pushed into liquidation, resulting in its 27,000 employees losing their livelihoods. The families of employees will be on the streets,” the FRL Employee Welfare Association said in a Nov. 20 filing, seen by Reuters. The filing has not previously been reported and is not public.

Future, which denies any wrongdoing, has said it would face liquidation if the Reliance deal doesn’t go through, while Amazon has repeatedly argued that its 2019 investment into a Future unit prohibits the Future-Reliance deal.

The employee’s filing will likely be heard on Dec. 8, when the Supreme Court is next due to take up the matter.

The employee association also cited salary cuts in the range of 40-50% between April and July last year due to distress at Future, the country’s second-largest retailer, whose businesses were hit hard by the COVID-19 pandemic. 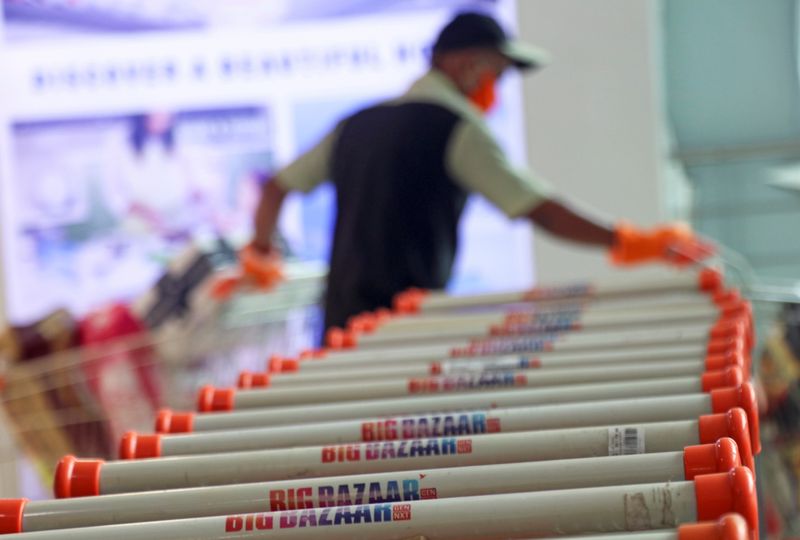