NEW YORK – Volatility is bubbling up in foreign exchange markets, as bets on how aggressively central banks will tighten monetary policy in the face of surging inflation boost the dollar and exacerbate swings in global currencies.

The Deutsche Bank Currency Volatility Index, which measures expectations for gyrations in FX, has in recent weeks shot from a three-month low to its highest level since March, driven by gyrations in the U.S. dollar, euro, and Japanese yen as well as a broad range of other currencies.

Driving the swings are the diverging outlooks of central banks, which are moving at different speeds to normalize monetary policy after many cut interest rates and enacted extraordinary measures last year to buffer their economies from the damage wrought by the COVID-19 pandemic. Expectations of higher rates tend to boost a currency’s allure to yield-seeking investors.

Increased gyrations in foreign exchange markets can provide investors with the swings they need to make money trading currencies against one another. Too much volatility, on the other hand, could force investors to pare their risk and create problems for international companies that need to convert profits back into their home currencies.

Though the volatility is still low compared to historical levels, some investors believe the gyrations are unlikely to subside anytime soon. Volatility in bond markets, also heavily driven by rate expectations, has been on the rise for weeks.

Many are also taking steps to protect their portfolios against excessive market swings, driving hedging activity in many currency pairs to its highest level in months.

“We have divergence of policy, divergence of inflation rates … divergence of economic growth rate,” said Lisa Shallet, chief investment officer at Morgan Stanley Wealth Management. “Divergence overall is going to be the name of the game in 2022 and investors are starting to sniff it out.”

Much of the recent volatility has emanated from an accelerating rally in the U.S. dollar, which is benefiting from bets that the Federal Reserve will need to unwind its government bond buying program and eventually raise rates at a faster pace than other central banks.

The U.S. currency is up 9.1% against the euro this year, on pace for its biggest annual gain in six years. It has also gained 11.6% against the Japanese yen and 7.0% against the Australian dollar.

Richard Benson, co-chief investment officer at Millennium Global Investments in London, is betting the dollar will continue appreciating against the euro, expecting the Fed to tighten monetary policy next year faster than the European Central Bank in the face of burgeoning U.S. growth and inflation.

“The underlying fundamental view is that the Fed is raising interest rates over the next 12 months, and the ECB is not,” he said.

Fed funds futures, which reflect investors’ monetary policy expectations, on Wednesday had factored in a 100% chance that the Fed will raise rates by next June. Eurozone rate futures, meanwhile, have fully priced a 10 basis-point hike by December 2022.

Other factors driving currency moves include COVID-19 worries, which are weighing on the euro and other European currencies as the region faces another wave of the pandemic while also boosting the Swiss franc, a popular destination during uncertain times.

Concerns over a potential war with Ukraine have tripped up the Russian ruble in recent weeks, while Turkey’s lira has plunged 25% this month after President Tayyip Erdogan pressured the country’s central bank to pivot to an aggressive easing cycle, potentially sparking a full-blown crisis in the country.

With volatility on the rise, some investors are taking steps to guard their portfolios against further currency swings.

The implied volatility used by banks to price three-month options on the euro against the dollar, on Wednesday stood at its highest level since March, indicating greater demand for hedges against increased gyrations in the currency pair. Demand for some options that would protect against gyrations in the dollar-yen currency pair are at their highest in a year.

Bernhard Eschweiler, economic advisor at QCAM Currency Asset Management, is betting the dollar will continue rising but has also recommended investors use derivatives that could counterbalance gyrations in the currency markets. Worsening inflation, COVID-19 flare ups and an intensifying energy shortage are among the factors that could give markets a jolt, he said.

“There is no shortage of potential shocks,” he said.

“If you are an asset manager with exposure in major currencies that could diverge due to what the Fed will be doing next you, then you will want to have some protection in place,” he said. 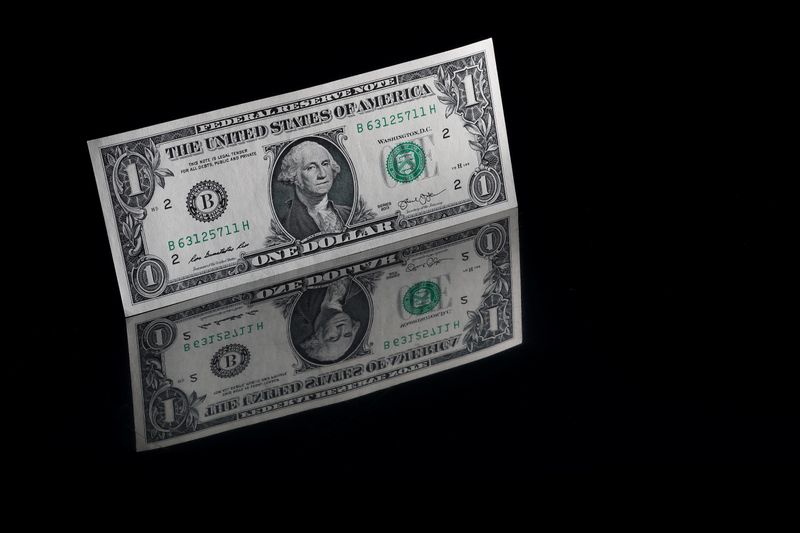 European shares rise with the focus on data, Fed’s Powell