BERLIN -The three parties set to form Germany’s next government want to increase public investment in green technology and digitalisation while returning to strict debt limits from 2023 onwards, according to a coalition deal seen by Reuters on Wednesday.

The centre-left Social Democrats (SPD), the Greens and Free Democrats agreed to strengthen the European Union’s economic and monetary union and signalled an openness to reform the bloc’s fiscal rules, also known as the Stability and Growth Pact.

Germany’s next finance minister will be Christian Lindner, 42, party leader of the fiscally more conservative FDP, who has vowed to return to solid public finances and reduce public debt levels across the euro zone as soon as possible.

“The Stability and Growth Pact (SGP) has shown its flexibility. On this basis, we want to ensure growth, maintain debt sustainability and ensure sustainable and climate-friendly investments,” the coalition agreement said.

The three parties said the EU’s debt-financed recovery fund, also known as Next Generation EU, created to help the bloc get out of the coronavirus crisis, must remain an instrument that is “limited in terms of time and amount”.

On the European banking sector, the parties pledged to complete the banking union under certain conditions to strengthen the bloc’s economy and the global competitiveness of its banks.

“As part of a comprehensive package for the single market for financial services, we are ready to create a European reinsurance system for national deposit guarantee schemes where contributions are strictly differentiated based on risk,” the coalition agreement said.

The prerequisite for this is a further reduction of risks in bank balance sheets, further strengthening of the resolution regime and the preservation of the security of the savings banks, with the clear aim of avoiding additional burdens on small and medium-sized banks, it said.

“In addition, steps must be agreed to limit the state-bank nexus and to effectively prevent an excessive concentration of government bonds on bank balance sheets. A full communitarisation of the deposit guarantee systems in Europe is not the goal,” the coalition document said.

Italy, whose banks have significant holdings of domestic government bonds, has opposed German proposals to limit the exposure of euro zone banks to debt of a single sovereign. It has instead pushed for a common European deposit insurance scheme (EDIS).

“The agreement is good news for Europe and the euro zone,” said Lucas Guttenberg, deputy director at the Jacques Delors Centre in Berlin.

“It opens the door to adapt the EU’s fiscal rules to the new reality; it mentions the right goals for such a reform; and it avoids prematurely drawing red lines. Now it is up to the rest of the EU to take the new government by its word,” Guttenberg said.

“The ECB can best exercise its mandate, which is primarily committed to the goal of price stability, if budget policies in the EU and in the member states are meeting their obligations,” the coalition deal said. 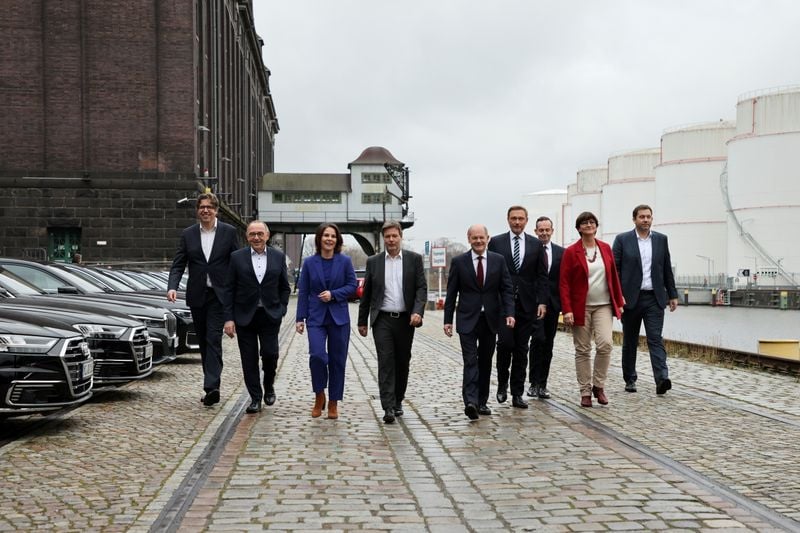