SYDNEY – Australian retail sales rebounded with a bang in October as the lifting of many stay-at-home restrictions unleashed a wave of pent-up shopping, further evidence the economy is recovering rapidly from a pandemic-induced slump.

Data from the Australian Bureau of Statistics out on Friday showed retail sales jumped 4.9% in October to A$31.1 billion ($22.31 billion), extending September’s already strong 1.7% bounce.

That was almost double market forecasts of a 2.5% rise, with clothing stores boasting gains of almost 28%; department stores 22% and restaurants 12%.

The cash splash means the A$360 billion retail sector will make a major contribution to economic growth.

“Real consumer spending could bounce back by 10% this quarter, leaving it very close to its pre-Delta peak,” said Marcel Thieliant, a senior economist at Capital Economics.

“And with the household savings rate still very high, consumption will continue to expand at a rapid pace next year.”

Signs are the splurge has continued as national vaccination rates of 86% allowed Sydney and Melbourne to reopen with almost no restrictions.

Spending on bank cards this month is running around 10 percentage points above pre-pandemic levels and online retailers are flagging a bumper Black Friday as the Christmas shopping season gets into full swing.


“With reopening rebounds in full swing and risks of shortages and delivery delays encouraging people to shop early, this year looks set to be stronger still,” said Matthew Hassan, a senior economist at Westpac.

That is a welcome boost to the economy given household consumption accounts for around 55% of gross domestic product and was the main casualty of lockdowns in the third quarter.

The official GDP report is out next week and could show a fall of around 3% in the third quarter, though Australia’s strong export performance will offset some of the pain.

Analysts at CBA estimate the economy shrank 3.5% in the quarter, which would be the second-largest fall on record, while Westpac has upgraded its forecast to a contraction of 2.5% from a previous prediction of a 4.0% dive.

“The GDP report will be another release for the history books as around half the country was in lockdown,” said Gareth Aird, CBA’s head of Australian economics.

“Yet the landscape has changed markedly as vaccination rates are exceptionally high, lockdowns are over and the economy is once again starting to fire on all cylinders.” 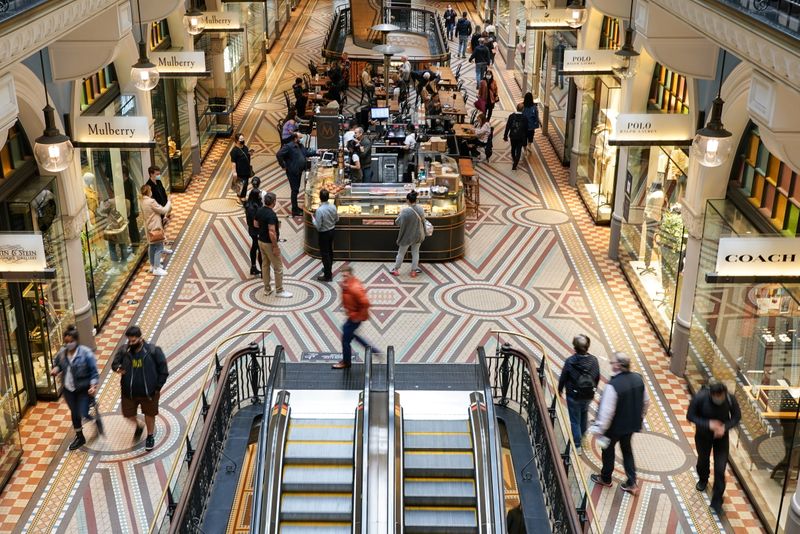 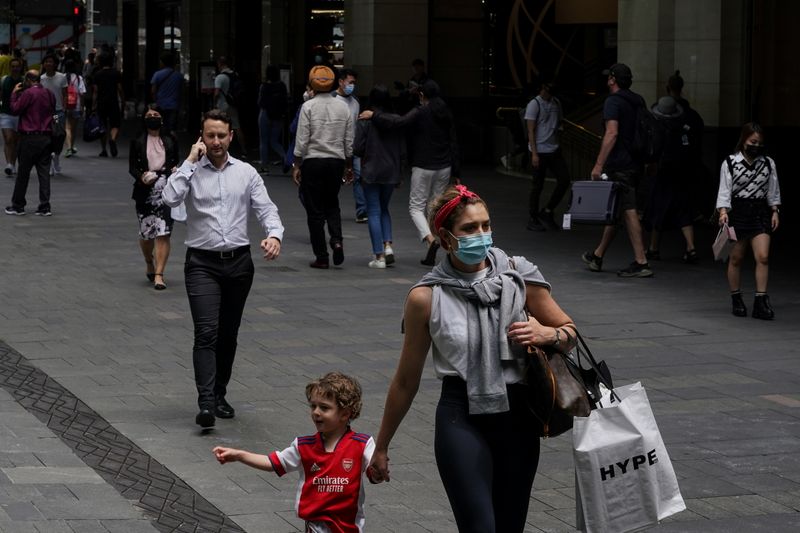