BEIJING -China’s foreign ministry on Thursday said it noted JPMorgan Chase Chief Executive Jamie Dimon’s expression of regret for a remark he made about the country’s ruling Communist Party and said it hoped media would stop “hyping” the issue.

On Wednesday, Dimon said he regretted his remark at an event a day earlier that the Wall Street bank would last longer than China’s Communist Party (CPC), moving quickly to try to prevent any longer-term fallout.

“I noted the reports about how the individual involved has sincerely reflected. I think this is the right attitude. I hope the media involved will stop hyping this issue,” foreign ministry spokesman Zhao Lijian told a regular daily briefing in response to a question.

The Dimon remark has been a hot topic in Hong Kong’s financial circles with bankers surprised the JPMorgan boss would make the comments given the sensitivities of dealing with China.

China experts in the United States, however, said that Dimon’s quick apology should ensure no serious damage was done to the bank’s long-term ambitions.

At a Boston College series of chief executive interviews on Tuesday, Dimon said: “I made a joke the other day that the Communist Party is celebrating its 100th year – so is JPMorgan. I’d make a bet that we last longer.”

“I can’t say that in China. They are probably listening anyway,” he said.

On Wednesday, Dimon and JPMorgan issued two statements to play down the potential fallout.

“I regret and should not have made that comment. I was trying to emphasize the strength and longevity of our company,” Dimon said in a statement issued by the bank.

In a second statement issued by the bank later, Dimon said: “It’s never right to joke about or denigrate any group of people, whether it’s a country, its leadership, or any part of a society and culture.”

JPMorgan has strong growth ambitions in China where it won regulatory approval in August to become the first full foreign owner of a securities brokerage. It won approval ahead of U.S. rival Goldman Sachs, which had been expected to be the first to take full ownership of a mainland securities business. 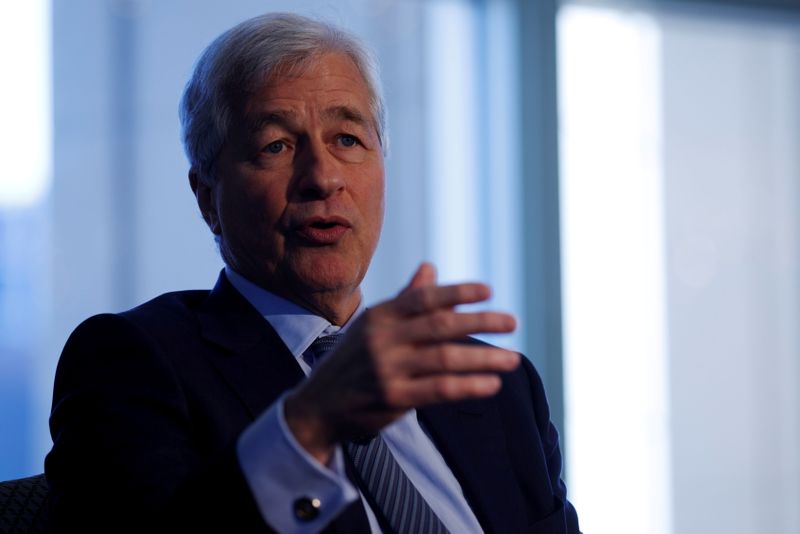