– European shares rose on Thursday as investors bought into defensive sectors such as utilities amid worries about soaring coronavirus cases across the continent.

The Europe-wide STOXX 600 index rose 0.4%, bouncing off three-week lows hit on Wednesday. Utilities and healthcare stocks, sectors considered as safer bets during times of economic uncertainty, were among top gainers.

Utilities, which led the way, also received a boost from Germany’s push to step up climate protection, including a faster expansion of renewables and an accelerated coal exit.

The Thanksgiving holiday in the United States kept a lid on activity elsewhere on Thursday.

“European markets have enjoyed a relatively upbeat day today, with the lack of US involvement reducing volatility into the close,” Joshua Mahony, senior market analyst at IG, wrote in a client note.

Coronavirus infections are breaking records in parts of Europe, prompting new curbs as the continent finds itself at the epicentre of the pandemic once again.

Italy tightened the screws on people unwilling to take an COVID-19 vaccine, while France said that face masks will become compulsory again in many places and notably indoors to help contain a new wave of infections.

“While rising COVID cases remain a key concern for mainland European economies, we have seen the likes of the DAX and CAC both gain ground,” Mahony added.

Remy Cointreau jumped 13.4% to a record high after it raised its full-year profit outlook as strong demand for its premium cognac drove a stronger-than-expected operating profit in the first half.

Radiation therapy equipment maker Elekta gained 5.7% after it reported a smaller-than-expected fall in August-October earnings amid a growing need for cancer care and radiotherapy.

Swiss Life gained 3.6% after it said it would launch a new 1 billion Swiss franc ($1.07 billion) buyback and raise its dividend payout ratio.

Norway’s Adevinta, the world’s largest classified ads company, fell 7.2% after it posted a smaller-than-expected rise in its third-quarter revenue. 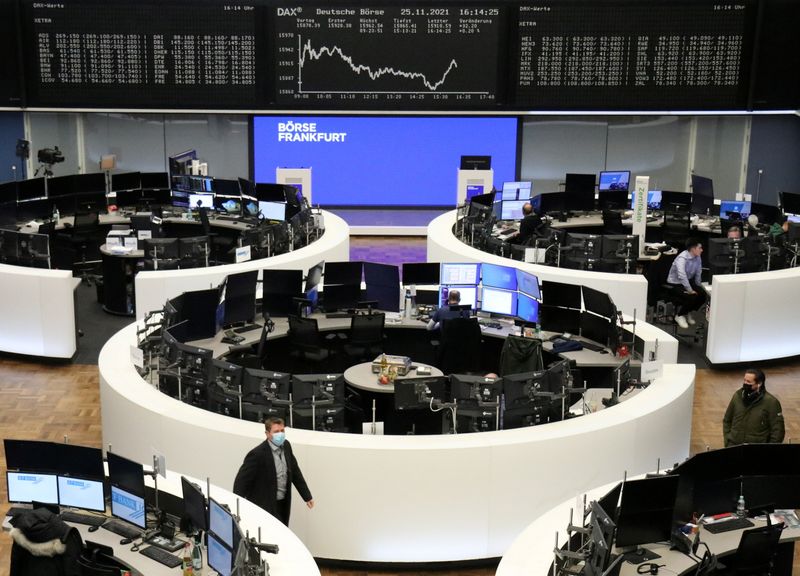