JAKARTA – Indonesia’s Constitutional Court on Thursday ordered the government to amend parts of a new job creation law within two years, citing procedural flaws in how the controversial legislation was handled.

The law, which was passed last year and saw the revision of more than 70 existing laws, sparked protests across Indonesia and complaints that it undermined labour rights and environmental safeguards.

Ruling on Thursday in a judicial review brought by unions, chief judge Anwar Usman said if changes were not made in two years, the legislation would be deemed “permanently unconstitutional”.

The ruling described the way the legislation was handled as procedurally flawed and in some parts, unconstitutional, including changes made after parliamentary approval.

While the judges acknowledged the rationale behind some of the government’s actions in pushing through a law designed to attract investment and create jobs, the ruling said proper processes should have been followed.

“It doesn’t mean that reaching those goals then could set aside the ways or formal procedures that are in effect,” it said.

“The government will immediately follow up the court’s ruling by preparing for the law revision and carry out as best as we could the court’s instructions,” he told a news conference.

The law had been designed to streamline bureaucratic procedures, spur investment and boost labour competitiveness, but critics argued comprehensive revisions took place that were rushed through without sufficient consultation.

Deni Ferdiansyah, 43, who joined union members outside the court, said the judges had sided with the workers.

“We feared the Constitutional Court would be pro-government, but thank God they still used their conscience,” Deni said.

“This law makes laborers suffer, especially when it comes to the minimum wage.”

Among other complaints had been rules on severance pay, contract labour and outsourcing, and a stipulation that environmental studies only be required for high-risk investments.

Said Iqbal, chief of the KSPI labour union, said workers “highly appreciate” the court, adding “we believe there’s justice to be had.”

KSPI lawyer, Said Salahudin, said the whole process of drafting the law should be restarted.

“This isn’t a normal ruling, it was very bold for the Constitutional Court to do this,” he said.

“Anything related to labor policies that are strategic and have wider implications needs to be suspended.” 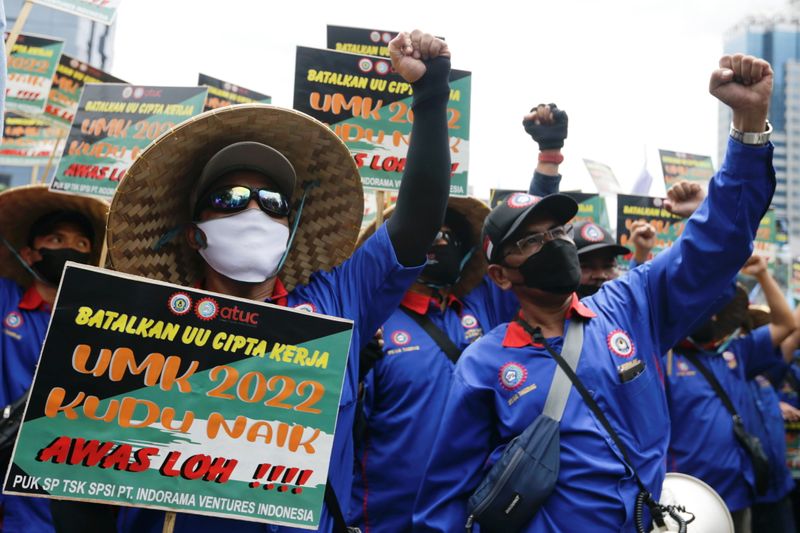 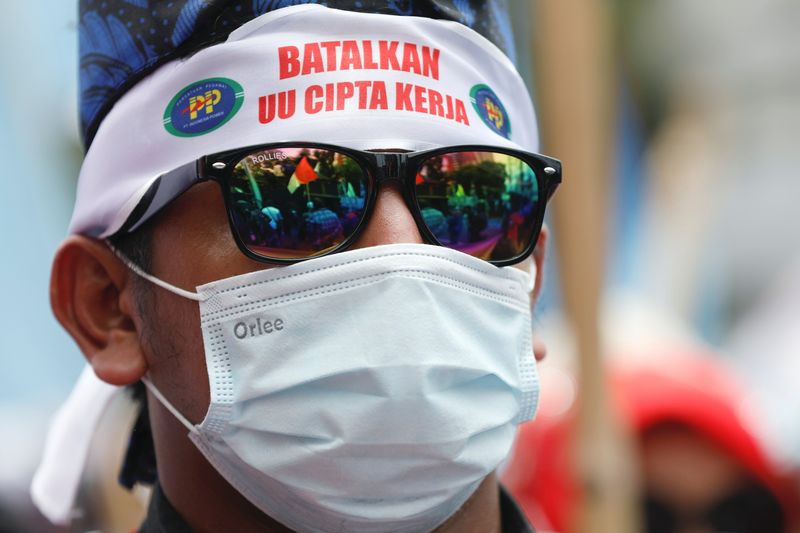 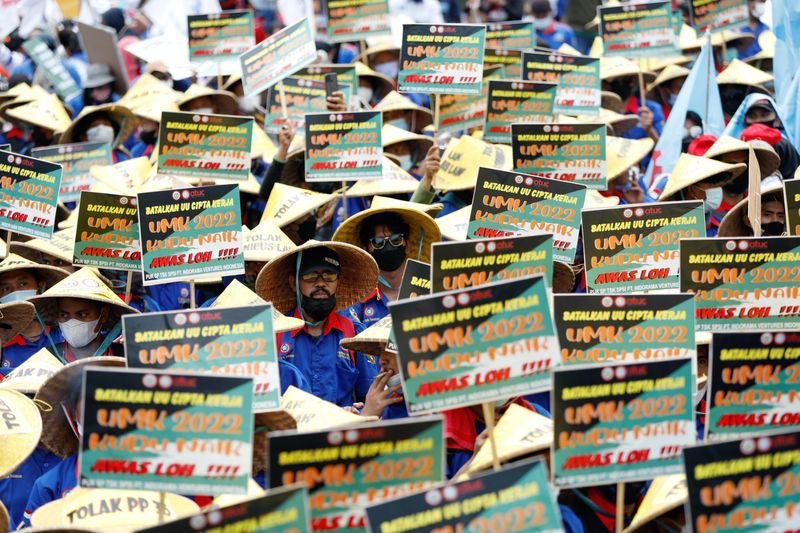