WASHINGTON – The U.S. Capitol rioter nicknamed the ‘QAnon Shaman’ said at a court hearing on Monday that he had retained new lawyers, nearly three months after pleading guilty to taking part in the Jan. 6 attack.

At a brief hearing before U.S. District Judge Royce Lamberth, Jacob Chansley, known for the horned headdress he wore while in the Capitol, confirmed that he had dropped Missouri lawyer Albert Watkins, who had represented him since shortly after his January arrest. Watkins confirmed that Chansley had asked him to withdraw from the case.

Following the hearing, Lamberth recorded an entry in the court record confirming Watkins’ departure and that John Pierce, a Los Angeles lawyer who represents about 25 Jan. 6 defendants, and Honolulu-based lawyer William Shipley have taken over as Chansley’s lawyers.

Last week, Watkins had disputed https://www.reuters.com/world/us/us-capitol-riot-qanon-shaman-lawyers-wrangle-week-after-sentencing-2021-11-22 a Pierce and Shipley claim that he was set to be jettisoned.

“All defendants have the right to hire and change counsel,” Watkins said on Monday.

Chansley this month was sentenced https://www.reuters.com/world/us/us-seeks-four-years-prison-capitol-rioter-qanon-shaman-2021-11-17 to 41 months in prison for his role in the attack.

A non-profit founded by Pierce, called the National Constitutional Law Union, said in a statement that it was evaluating whether to claim that Chansley had inadequate legal counsel. 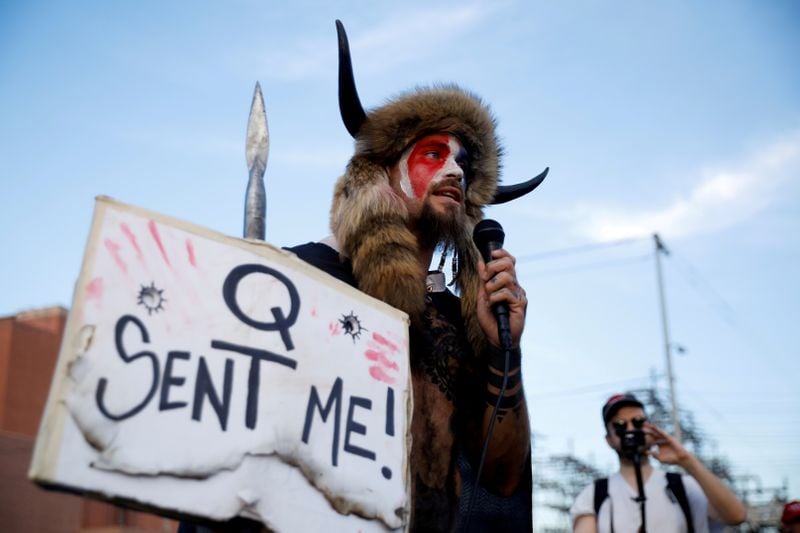