WASHINGTON (Reuters) – U.S. President Joe Biden intends to nominate a former Obama official who oversaw the acquisition of the F-35 fighter, the troubled KC-46 tanker and the B-21 stealth bomber to be the Pentagon’s chief weapons buyer, the White House said on Tuesday.

Bill LaPlante, current head of Charles Stark Draper Laboratories Inc., is the Biden administration’s pick to be the next Undersecretary of Acquisition and Sustainment at the Department of Defense.

His nomination process will be closely watched by defense contractors given the vital role the official will have in drawing up the Pentagon’s massive annual purchasing budget, the lifeblood of Lockheed Martin Co, Northrop Grumman and General Dynamics.If confirmed, LaPlante would rejoin a team of former Barack Obama administration alumni, including current Deputy Secretary of Defense Kath Hicks, Air Force Secretary Frank Kendall as well as Andrew Hunter, Biden’s nominee for assistant secretary of the Air Force for acquisition, technology and logistics.


Kendall and LaPlante worked together overseeing acquisition for the Lockheed F-35 fighter jet, the Boeing KC-46 refueling tanker and the B-21 Raider, a heavy bomber under development for the U.S. Air Force by Northrop Grumman during the Obama administration.

The Pentagon has been without a Senate-confirmed weapons-buyer since January. The Biden administration has struggled to have a candidate for the high-powered position after its first nominee withdrew from consideration this summer.

Without a leader, professional staff have been forced to act as caretakers for nearly 11 months, delaying big decisions on weapons programs.

If confirmed, LaPlante, who holds a Ph.D. in mechanical engineering from the Catholic University of America, would return to the Pentagon’s E-Ring corridor. 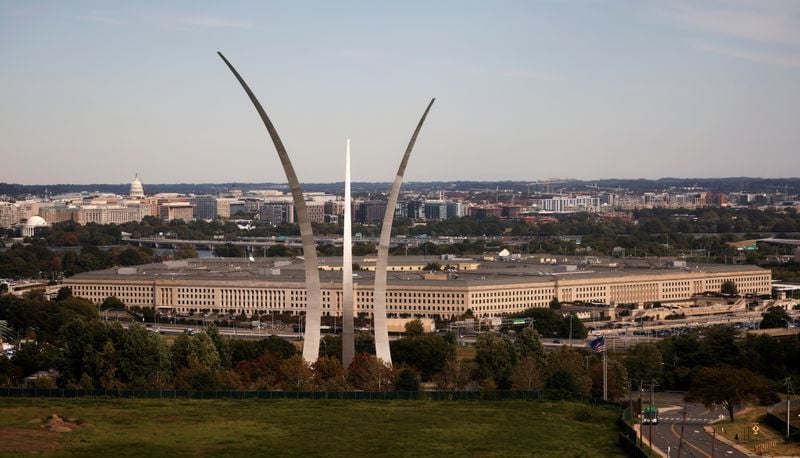