WASHINGTON (Reuters) – Celebrity heart surgeon Dr. Mehmet Oz on Tuesday said he would mount a Republican bid for a U.S. Senate seat for Pennsylvania, shaking up what could be one of the most competitive races in next year’s congressional elections.

Oz, who hosts the syndicated “The Dr. Oz Show,” brings substantial name recognition to a wide-open Nov. 8, 2022, contest that could determine control of the Senate and the fate of Democratic President Joe Biden’s agenda.

Biden narrowly won Pennsylvania in the 2020 election but Republicans made gains in the state legislature. Many observers expect next year’s race to be a toss-up following the retirement of Republican Senator Pat Toomey.

Toomey was one of seven Republican senators who voted to convict former President Donald Trump in January following Trump’s impeachment.

Oz rose to fame shocking audiences with show-and-tell displays of decaying lungs and rotting livers, telling viewers they should take care of themselves.

His public image took a blow in 2014, however, when he told https://www.reuters.com/article/us-usa-senate-oz-idINKBN0ES2RN20140617 lawmakers probing bogus diet product ads that some of the products promoted on his show lacked “scientific muster.” Senators at the hearing focused on green coffee bean extract, a dietary supplement Oz touted in 2012 as a “miracle.”

In a statement on Tuesday, Oz said he was running as a “conservative Republican” and described himself as a top-notch surgeon and health care advocate.

He enters the race days after another Republican candidate, military veteran Sean Parnell, who had received Trump’s endorsement, ended his own campaign. Parnell dropped out following a court ruling that outlined allegations of domestic abuse against his estranged wife, which Parnell has denied.

Democrats hold slim majorities in the U.S. Congress ahead of next November’s elections. The Senate is split 50-50 between Democrats and Republicans with Vice President Kamala Harris casting tie-breaking votes for Biden’s party.

Democrats have yet to pick a candidate for the Pennsylvania Senate race, with Lieutenant Governor John Fetterman, a progressive, and U.S. Representative Conor Lamb, a moderate, seen as front-runners for the party nomination. 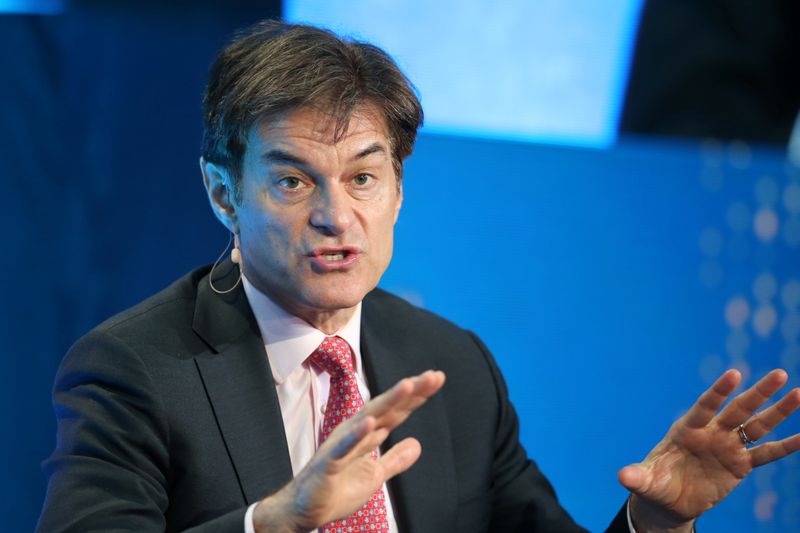 Cold Case: Two pedestrians struck in hit and run, but the driver left this clue at the scene, now police need your help