The emirate’s government is planning to list 10 state-backed companies on its stock exchange and set up a 2 billion dirham ($545 million) market maker fund to encourage trading activity.

“I’m waiting instructions as to how this is going to affect the Emirates Group. What the government of Dubai decides to do…is up to them, I would basically do as I am bid.”

Emirates Chairman Sheikh Ahmed bin Saeed Al-Maktoum said earlier this month that it was possible to list the carrier or its subsidiaries.

Governments have pumped billions of dollars into airlines during the coronavirus pandemic and state-owned Emirates has received around $3.8 billion in equity injections from Dubai, including $2 billion disclosed last year.

However, Clark said he does not expect further government support over the next year so long as the new variant of the coronavirus does not cause too much disruption.

“We are restoring our cash position at pace. So it is unlikely, notwithstanding the Omicron variant and its effects… if it’s not as bad as people think it may be, then we see no further recourse to the owner putting equity into the business.

Clark said that although Emirates would still suffer a loss this year, it would be considerably smaller than in the preceding 12 months. For 2022, he expected the airline to break even or make a profit.

“I am very pleased to say we have returned to profitability already, over the last six, seven weeks, we’ve been profitable,” he said.

To watch the Reuters Next conference please register here https://reutersevents.com/events/next 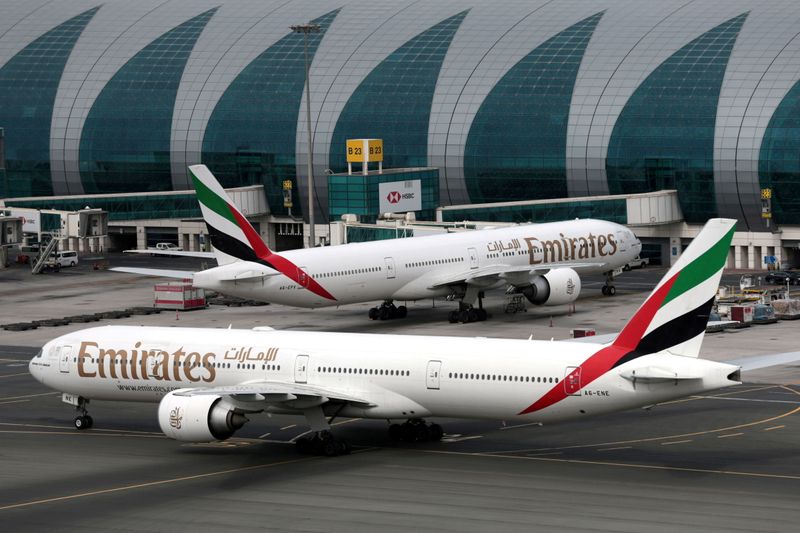 Microsoft to gobble up Activision in $69 billion metaverse bet