Global Gateway seeks to mobilise up to 300 billion euros to support projects that boost trade and ties between the European Union and partner countries around the world over six years, according to a Commission document seen by Reuters said.

The plan, launched by European Commission President Ursula von der Leyen in September, seeks to rival China’s Belt and Road Initiative which has promoted projects that link Asian, African and other countries into a global trade network with China.

China’s initiative has drawn criticism from some recipient countries, which say projects have been overpriced, lead to unsustainable debt and are tarnished by corruption.

“The EU connectivity strategy needs to prioritise and focus on what is most essential, instead of trying to do everything at the same time,” BusinessEurope said in a statement, adding that a targeted approach would be more productive.

It urged policymakers to involve businesses, use innovative financing mechanisms, consider criteria other than the purchase price when awarding projects and block bids from countries that did not allow reciprocal access to their projects.

Cash for Global Gateway will come from the European Fund for Sustainable Development plus, known as EFSD+, which includes a new initiative with the European Investment Bank, grant financing, investments by European financial and development finance institutions and multilateral development banks.

The Commission document said EU funds would be offered with “fair and favourable terms in order to limit the risk of debt distress” and would “invest in projects that can be delivered with high standards, good governance and transparency”.

“Global Gateway has the potential to turn the EU into a more effective geopolitical player,” Germany’s EU ambassador Michael Clauss said. “For many partner countries, the offer of a rules- and values-based cooperation at eye level will be an attractive alternative to the Chinese Belt and Road initiative.” 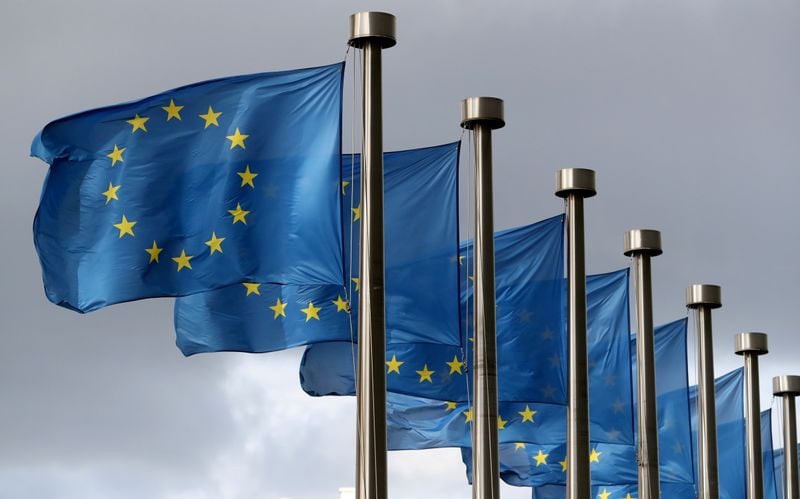