GUATEMALA CITY – A top United Nations official has criticized the United States’ deportation of migrants from its southern border, pushing Washington for faster action to roll back hardline immigration policies left over from the previous administration.

“We hear a lot of these programs being talked about, but we see very little at this moment still happening on the ground. And I think that this is the real issue …to prevent these movements from happening again or rather from continuing to happen,” Grandi, previously Commissioner-General of the UN Agency for Palestine refugees, told Reuters late Monday in Guatemala. His trip also included Mexico and El Salvador.

Biden vowed to lift many of the strict immigration policies of his predecessor Donald Trump. Still, several of Trump’s most criticized measures remain in place, including the Migrant Protection Protocols (MPP) program, informally called “Remain in Mexico”, and Title 42, which enables quick deportations of migrations due to the COVID-19 pandemic.

“The U.S. is now deporting them back very quickly, but we disagree with that,” Grandi said.

“I am worried that the political context is very strong and for this administration, it may be difficult to do the right thing, which they want to do,” he said, adding that the United States should ensure “due process” before deportations.

The United States has deported more than 1.2 million migrants since the start of the pandemic, according to the American Immigration Council. Detentions at the U.S.-Mexico border have hit record highs.

Mexico, too, should offer alternatives to migrants, including those from Haiti, who arrive at the U.S. border after passing through Mexico and have no option but to request asylum, Grandi said.

“We say to Mexico, why not create a separate migration channel for them and provide them with migration opportunities?” Grandi said. 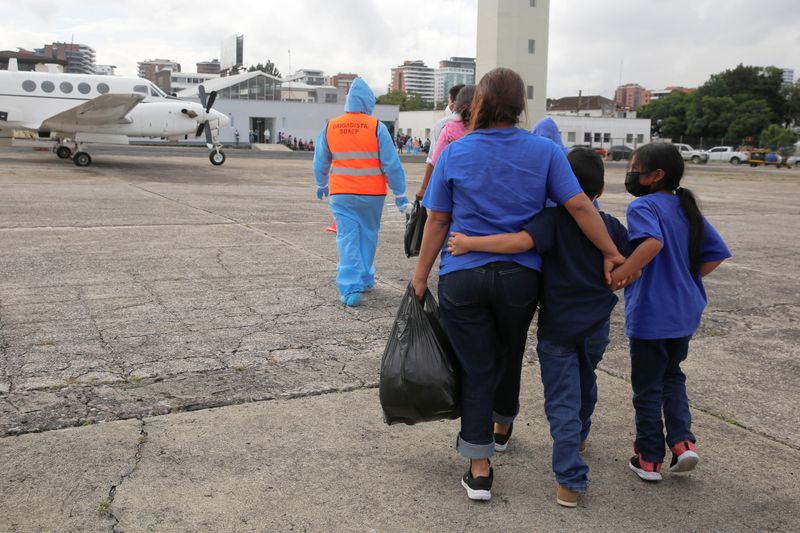 Putin finalises ‘annexation’ in Ukraine even as troops flee front