LONDON (Reuters) – Air France-KLM is considering delaying its planned capital increase because of tough travel restrictions imposed by governments to mitigate the spread of the Omicron variant of the coronavirus, two sources familiar with the company’s plans told Reuters.

The French-Dutch carrier was hoping to raise at least 1 billion euros ($1.13 billion) by the end of the year to shore up its heavily-indebted, pandemic-hit balance sheet and repay government aid, but this is now likely to be delayed, the two sources said, speaking on condition of anonymity.

“The mathematics of it doesn’t work. They need to sell a recovery story and that doesn’t work with Omicron hovering,” said one of the sources. Air France-KLM declined to comment.


The United States, Japan, Hong Kong and a number of European countries are among those to have tightened borders and imposed new restrictions amid uncertainty around the virulence of the new variant and its ability to evade vaccine protection.

Shares in travel companies around the globe have plummeted since news of the variant emerged, with British Airways-owner IAG down almost 15% since Friday and Lufthansa and Air France-KLM down around 9%.

The airline already completed a 4 billion euro recapitalisation package in April which included state support and a 1.036 billion euros rights issue that doubled the French government’s stake to 30%.


It had more than 10 billion euros of cash at hand at the end of September and can afford to delay the plan. Yet, it needs to reimburse state aid to lift a EU ban on merger and acquisition (M&A) deals, a source at the French government said.

Air France-KLM’s chief executive Ben Smith said at the end of September the company was aiming to raise new funds “as soon as possible”, without providing an exact date. Government bailouts via perpetual instruments have pushed Air France’s total debt to 10.2 billion euros, according to Refinitiv Eikon records, and the company has seen its borrowing costs spike over the past week.

“I would not be advising them to come to market anytime soon – market conditions are not ideal for any company at the moment, let alone an unrated travel firm,” said a third source, from the banking sector.

Air France-KLM does not have a rating from any of the main credit ratings agencies and is therefore not eligible for European Central Bank corporate debt purchases.

(Reporting by Abhinav Ramnarayan in London and Gwénaëlle Barzic in Paris; editing by Pamela Barbaglia and Kirsten Donovan) 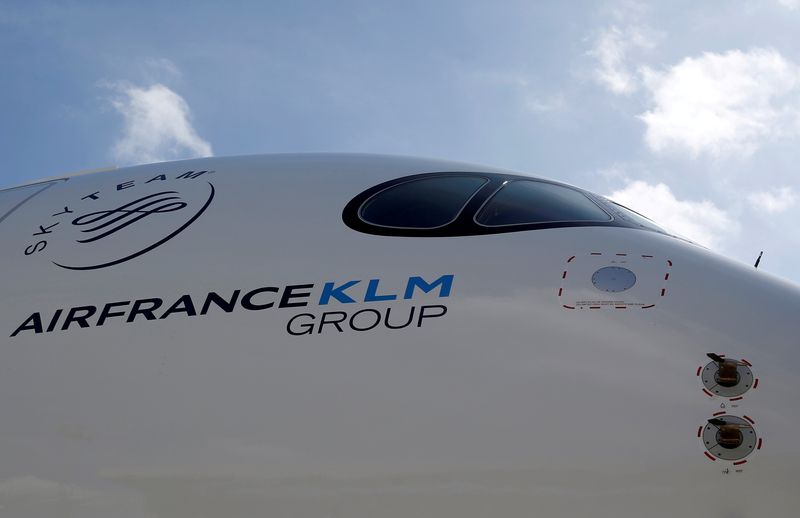