NEW YORK (Reuters) – A man who held an apparent shotgun to his neck near the United Nations headquarters in Manhattan on Thursday is in police custody and poses no threat, the New York City police department said.

Live news video showed the man surrendering to police outside the fence around the UN compound on Manhattan’s East Side.

“The individual is now in custody and there is NO THREAT to the public,” the New York Police Department tweeted.

The U.N. complex was temporarily put on lockdown on Thursday as police responded to the incident. Before turning himself in, the man paced back and forth by the fence and left several notebooks on the sidewalk, which were taken by police in heavy armor.

As traffic was diverted from the area, police tried to establish a dialogue with the man, who appeared to be his 60s, an NYPD spokesman said.


“We have absolutely zero indication that this person is a staff member or former staff member or in any way linked to the U.N.,” U.N. spokesperson Stephane Dujarric told reporters.

Dujarric said an initial full lockdown was partially eased by early afternoon with the reopening of a separate entrance. 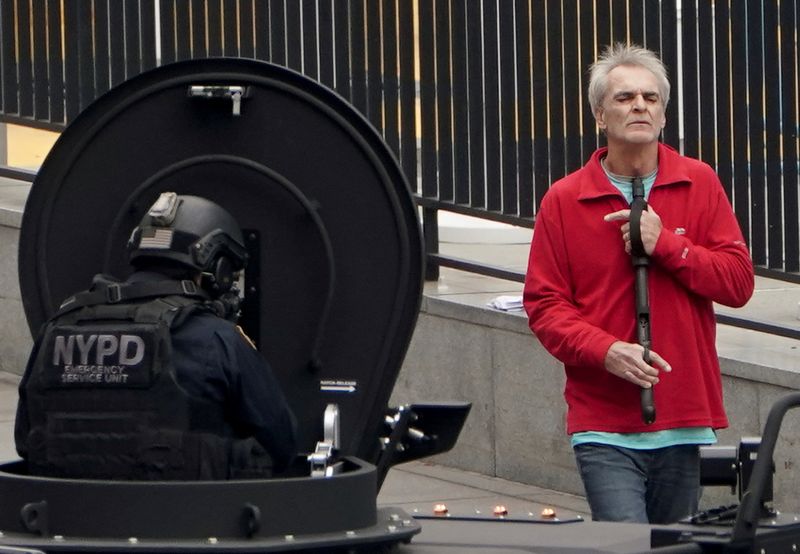 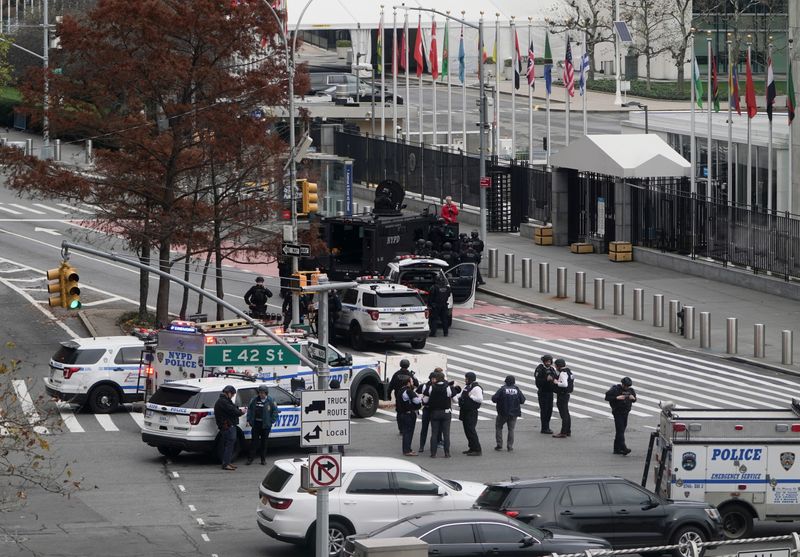 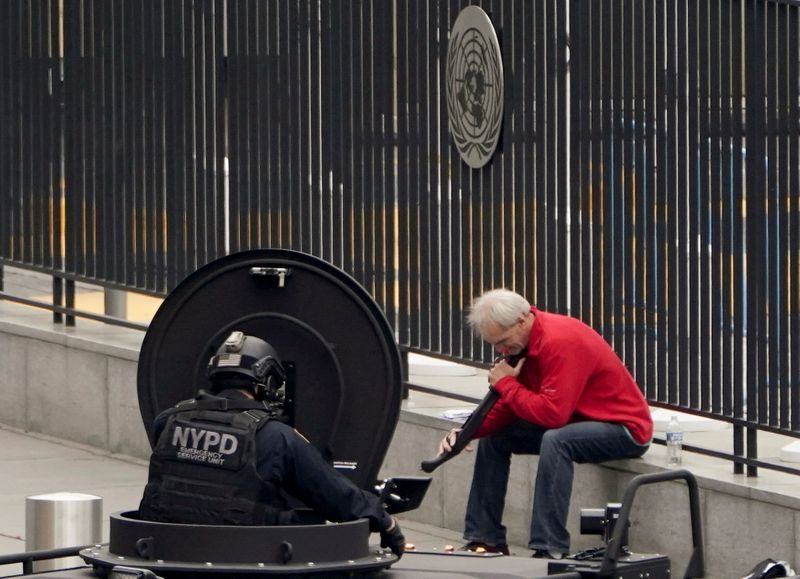 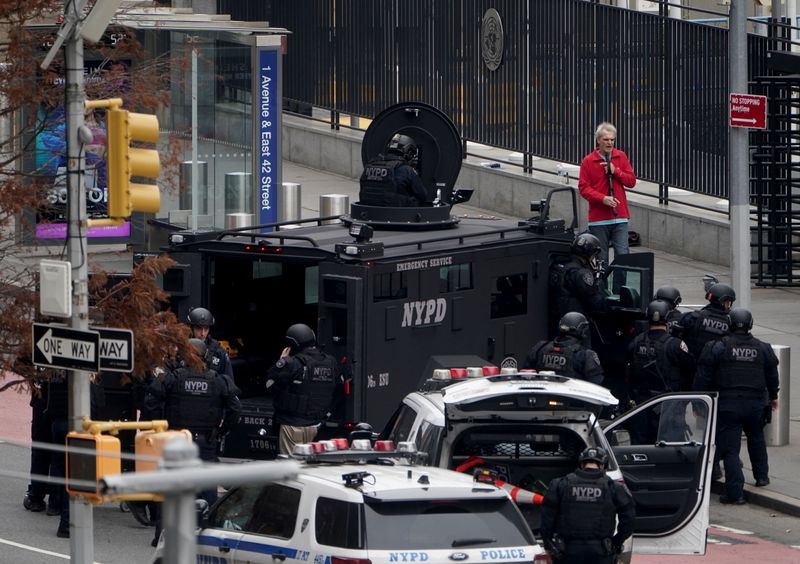 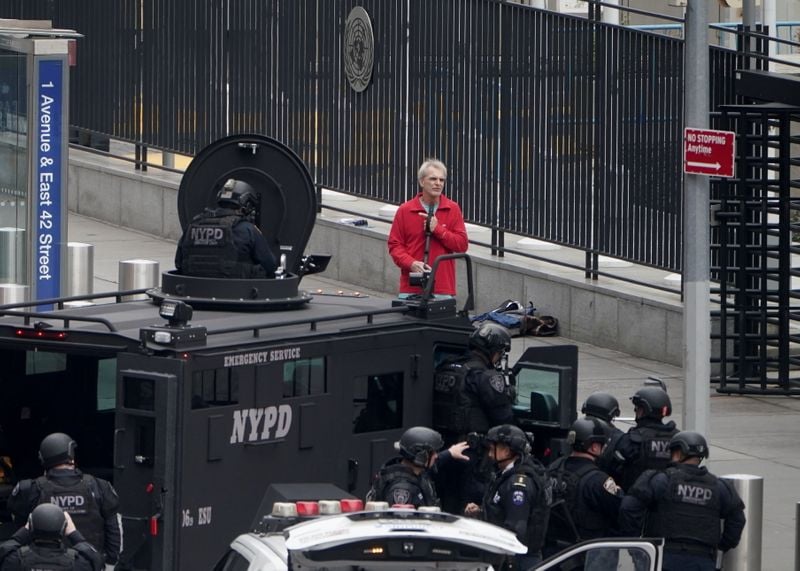 German government distances itself from navy chief’s comments on Putin

Political advisers to hold four-way talks on Ukraine in Paris