OTTAWA – Canada’s economy posted an unexpectedly large job gain in November, driving the jobless rate down and hours worked up to pre-pandemic levels, data showed on Friday, but economists say it is unlikely to change the Bank of Canada’s guidance amid worries over a new coronavirus variant.

The Canadian economy added a net 153,700 jobs in November, well above analysts’ expectations of 35,000, while the unemployment rate dropped to 6.0%, beating a consensus estimate of 6.6% and edging closer to the February 2020 jobless rate of 5.7%, Statistics Canada said.

“I think the job market is tighter than the Bank of Canada has been letting on,” said Derek Holt, vice president of capital market economics at Scotiabank, pointing to wages gains, which accelerated to 3.0% on the year from 2.1% in October.

“We’re 186,000 jobs above pre-pandemic levels. So the Bank of Canada’s narrative that we still have runway, in terms of a labor market recovery, is looking weaker by the moment,” Holt added.

The Bank of Canada in October signaled it could start hiking rates as soon as April 2022. Since then, massive flooding in British Columbia has hampered trade through Vancouver and the Omicron coronavirus variant has emerged as a new global threat.

Those factors create uncertainty for the central bank and it is unlikely to markedly change its tune in its rate decision next week, said economists.

“If we didn’t have the variant bringing some uncertainty over the outlook, I think it would be almost all systems go for the Bank to start teeing up tightening reasonably early in 2022,” said Doug Porter, chief economist at BMO Capital Markets.

Canadian employment increased in both the services and goods-producing sector, and gains were fairly evenly split between full and part-time work. Total hours worked climbed 0.7%, returning to pre-pandemic levels for the first time.

(Reporting by Julie Gordon in Ottawa, additional reporting by Steve Scherer in Ottawa and Fergal Smith in Toronto;Editing by Toby Chopra and Richard Chang) 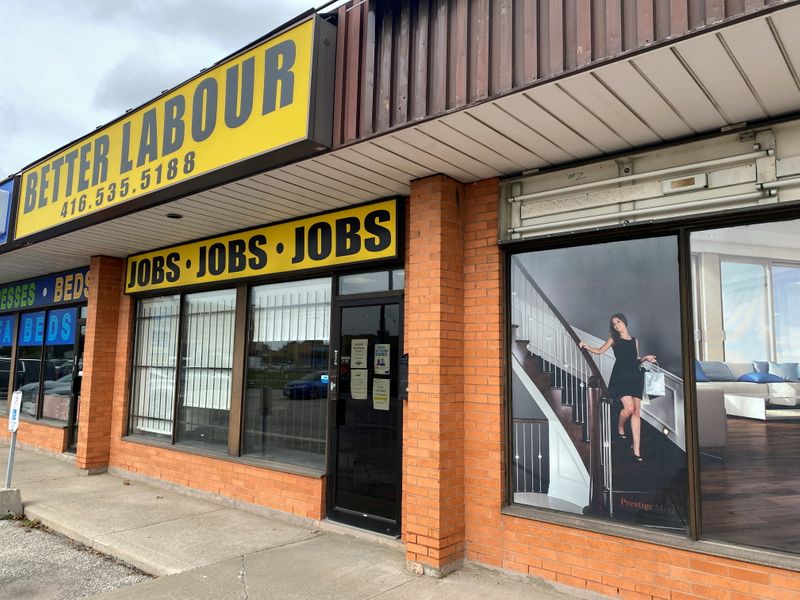