WASHINGTON (Reuters) -A hoarse-sounding U.S. President Joe Biden said on Friday he has a cold, possibly contracted from a grandson.

After a speech about the U.S. economy in which he sounded congested and coughed several times, reporters asked Biden if he was okay.

“I’m OK,” Biden said. “What I have is a one-and-a-half year old grandson who has a cold who likes to kiss his pop … it’s just a cold.”

Biden has been tested three times for COVID-19 this week and the tests have turned up negative, according to his physician, Kevin O’Connor.

In a letter distributed to the press, the doctor said that Biden is experiencing “nasal congestion” and a “frog in ones throat.”

He is being treated with over-the-counter medications. 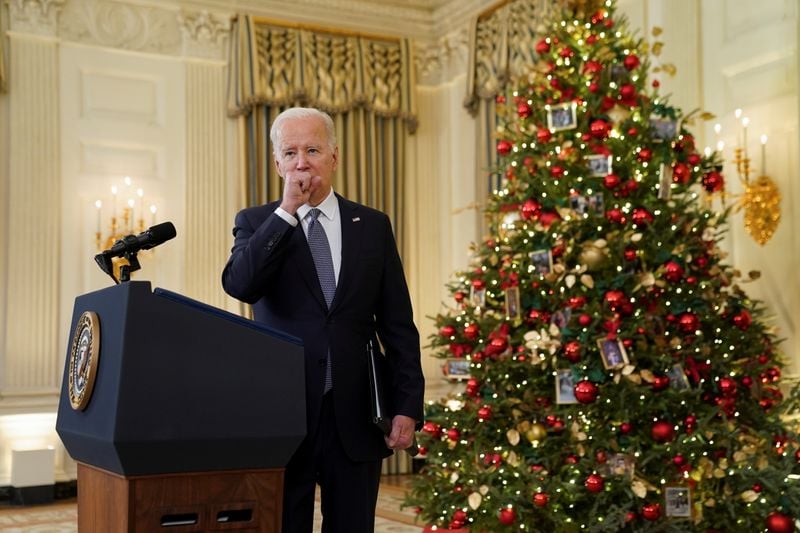