HAMBURG (Reuters) – A decision on the future of Volkswagen CEO Herbert Diess, previously expected by the end of the week, could be delayed further, three sources close to negotiations told Reuters on Friday, and discussions may drag into next week.

Whether a decision would be made ahead of an annual supervisory board meeting on Thursday on the carmaker’s five-year investment plan, as initially intended, was increasingly unclear, the sources said.

Still, it is unlikely that the meeting would be delayed, a source with knowledge of the matter told Reuters.

Diess struck an upbeat tone at a manager’s meeting last week, stating that negotiations with unions were going well: “My mood is very good, because we have made a lot of progress,” he said, according to a copy of his speech seen by Reuters.

Volkswagen, as well as Porsche SE, the regional government of Lower Saxony – which holds 20% of the company – and the works council declined to comment.


Comments by the CEO at a supervisory board meeting in October that 30,000 jobs could be lost if the transition to electric cars was not managed well sparked anger among labour leaders, who criticised what they said was a lack of strategic planning and poor communication.

Head of the supervisory board Hans Dieter Poetsch has convened a mediation committee on several occasions to allay fears over Diess’ comments, but no solution has been reached.

Negotiations are expected to result in a package compromise including both a decision on the future of the CEO and details on future investments and job prospects for employees, sources have said. 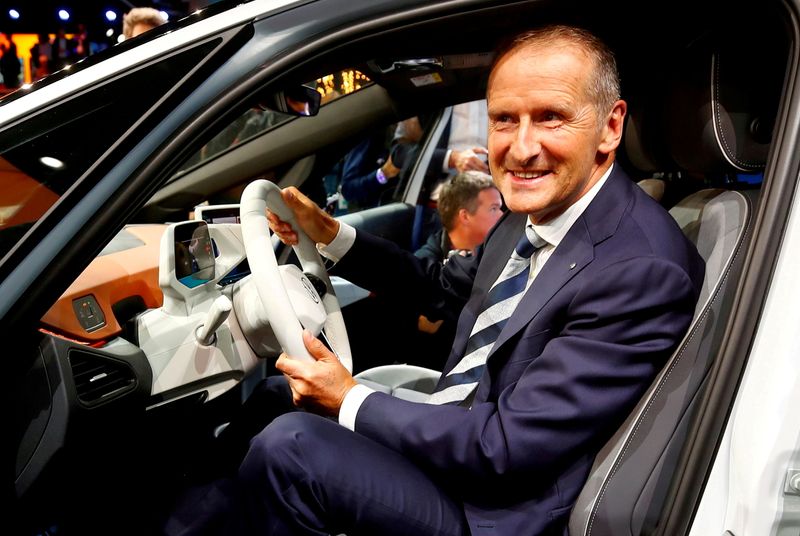