In 2019, a group of prosecutors under Clark’s supervision at DOJ’s Environment and Natural Resources Division (ENRD) wanted to bring criminal and civil charges against North Dakota pipeline operator Summit Midstream Partners in the largest-ever inland spill of waste water from oil drilling.

Clark’s push to delay the case prompted fellow prosecutors to take a rare step: They appealed directly to Deputy Attorney General Jeffrey Rosen, the No. 2 official at the department, saying the case should proceed under the Clean Water Act, according to three sources interviewed by Reuters, documents and calendar entries.


In a memo to Rosen, the prosecutors said Clark’s reasoning for wanting to delay the case flew in the face of “decades of case law.” On November 21, 2019, attorneys from the division and the Environmental Protection Agency, including a Trump political appointee, pressed their case in a conference room with Rosen.

“In my years there running very high profile cases, I have never seen an instance where we had to go above and around the assistant attorney general,” said Tom Lorenzen, a former 16-year department veteran who was not involved in the case.

Clark contended the DOJ should wait for the Supreme Court to rule in a water pollution case his colleagues saw as unrelated to Summit. He also sought other remedies, such as using state laws or a different federal statute that would preclude civil penalties or felony charges. “I may still wish to take the position that I can properly use my prosecutorial discretion to proceed using a different set of tools,” he wrote Rosen.

Outnumbered, Clark acquiesced. The case proceeded, leading to $36.3 million in criminal and civil penalties against Summit https://www.reuters.com/business/environment/summit-midstream-partners-pleads-guilty-largest-us-inland-spill-oil-drilling-2021-09-22, which pleaded guilty in September 2021.

Clark did not reply to multiple interview requests and written questions, and neither he nor his attorney answered questions from Reuters about this incident or his Justice Department tenure.

Before his failed bid https://www.reuters.com/world/us/us-senate-democrats-give-new-details-trumps-bid-overturn-election-2021-10-07 to oust Rosen as acting attorney general so he could ascend to that role and launch investigations to help bolster Trump’s bogus election fraud claims, Clark had made a name for himself at DOJ for actions that sometimes veered from those of his colleagues.

The Justice Department’s Inspector General is investigating https://www.reuters.com/article/us-usa-trump-justice/watchdog-to-probe-if-justice-dept-officials-improperly-tried-to-alter-2020-election-idUSKBN29U21E Clark’s election season actions, and the D.C. Office of Disciplinary Counsel is examining his conduct after the 2020 presidential election, said a source familiar with the matter.

On November 5, Clark declined to testify https://www.reuters.com/world/us/ex-us-justice-official-declines-testify-about-his-advice-trump-election-2021-11-05 before the U.S. House Select Committee investigating the Jan. 6 Capitol attack, saying his conversations with Trump are shielded by executive privilege. The committee voted to recommend contempt charges https://www.reuters.com/world/us/us-house-committee-seeks-contempt-charge-trump-era-justice-dept-official-2021-12-02 on Dec 1.

Clark is now tentatively slated to appear before the panel Saturday, where he is expected to invoke his Fifth Amendment right against self-incrimination, which could help stave off a contempt finding. A contempt finding by a majority of the U.S. House would leave it to the Justice Department to decide whether to charge a former staffer.

Though Clark’s election plotting with Trump garnered headlines, less attention has been paid to his 2-plus-year tenure, during which he tried to use the environmental office to take actions including a failed bid to punish leftwing protesters in Portland after George Floyd’s murder.

Clark was no stranger to the Environment and Natural Resources Division when Trump nominated him as assistant attorney general in 2017. During the George W. Bush administration, he was a deputy in the division’s appellate section, developing a reputation as a bookish and self-confident lawyer eager to argue cases in every appellate court in the country.

Before his nomination, Clark worked with Rosen at the law firm Kirkland & Ellis. He represented BP after the Deepwater Horizon spill and the U.S. Chamber of Commerce in its lawsuit challenging the EPA’s authority to regulate carbon emissions. In private practice, Clark questioned the science behind climate change, a position that led the Senate to delay confirming him as assistant attorney general until October 2018.

At the DOJ, Clark reveled in debating colleagues as if in a courtroom. On his desk, he kept a copy of a book by conservative legal scholar Philip Hamburger arguing that federal agencies are in essence a “deep state.”

Paul Salamanca, one of his former deputies, said Clark was so attentive to detail they once argued over using an Oxford comma. “There were times when Jeff and I really disagreed,” said Salamanca, who described Clark as both a friend and “formidable” attorney. “Once he reaches a conclusion – it’s not that he won’t ever change his mind – it’s that you have to work hard at it.”

Sam Sankar, a former DOJ trial attorney now with the environmental advocacy group EarthJustice, said the Justice Department should “push back against political expediency.” Clark, he contended, “viewed it in the completely opposite way.”

In late 2018 and early 2019, the department was strategizing over how to defend the government from a Vietnam War veteran who sued over the denial of disability benefits.

The case, Kisor v. Wilkie, turned on a legal doctrine known as “Auer Deference” – a Supreme Court precedent that gives leeway to federal agencies to interpret ambiguities in their regulations. The U.S. often cites Auer Deference as a defense when it gets sued over its rules, but many conservatives believe it grants the government too much power.

Clark jumped into the fray, penning a memo urging the Solicitor General to argue that Auer Deference should be overturned, six sources said. He cited a Biblical reference from Philippians, “fear and trembling,” in one memo, and chided the Civil Division in another for not forcefully fighting to overturn Auer because it likes “winning.”

In the end, then-Solicitor General Noel Francisco sided with the Civil Division. Francisco did not respond to a request for comment.

A few months after that dust-up, Clark sparred with the U.S. Attorney’s office in Los Angeles, which was investigating Monsanto for its use of a banned pesticide on research crops at its Maui facility, allegedly exposing workers to the toxic chemical.

Prosecutors wanted to charge Monsanto with a felony, said two people familiar with the matter, prompting the company’s defense counsel to file a protest with then-Deputy Attorney General Rod Rosenstein in an effort to prevent charges.

Although ENRD was not involved in the case, Clark began laying the groundwork to kill it, the sources said. During a March 15, 2019 meeting with prosecutors and Rosenstein, Clark described Monsanto as a great company with a great track record, one source said.

Rosenstein sided with Clark, and ordered the prosecutors not to pursue felony charges. Rosenstein declined to comment.

Instead, on November 21, 2019 – the same day Clark’s staff went over his head to convince Rosen to pursue the Summit case – Monsanto agreed to plead guilty to a misdemeanor. Through a spokesperson, an attorney for Monsanto declined to comment. A spokesman for the U.S. Attorney’s Office in California declined to comment.

In the summer of 2020, Portland erupted in 100 days https://www.reuters.com/article/us-global-race-protests-portland-100days/federal-troops-and-street-battles-portland-protests-near-100-days-idUSKBN25V2W3 of protests after Minneapolis police killed George Floyd, with agitators throwing rocks and Molotov cocktails at the federal courthouse.

The Justice Department sought to quell the protests with extra security and charges against those who assaulted police or damaged federal property.

There was no obvious role for ENRD to play. Clark was determined to find one, according to memos he wrote to colleagues and sources familiar with the matter.

At first he explored bringing civil action against Portland to hold it accountable for damage to federal property, as part of a broader effort under then-Attorney General William Barr to explore ways to compel the city to offer more protection. But he could not find a workable statute, according to a July 14, 2020 memo Clark wrote to Barr. When that legal path failed, Clark set his sights on the protesters, a move that Barr was unaware he was pursuing, according to a source familiar with the matter.

Clark established the “ENRD Trespass Team” and tasked lawyers to find ways to use trespass or nuisance laws to go after the protesters with civil actions, records and interviews show.

The federal courthouse “is under constant nightly threat of vandalism or destruction because of the persistent presence of lawless individuals,” Clark wrote in a July 24 memo to prosecutors assigned to the Trespass Team. Team members “will be expected to work aggressively” to protect the courthouse and “restore order” in Portland.

The prosecutors assigned to the team were flummoxed, say two sources. While ENRD enforces statutes to protect federal land, they said, trying to flex its muscles in Portland seemed far from the division’s mission.

Clark persisted. He demanded the names of those arrested, according to memos and one source familiar with the matter, and called the U.S. Attorney in Portland to pitch his ideas, department records show.

“I never wanted to take an action that didn’t make any sense to me,” said Williams, who said he was surprised to hear from the assistant attorney general of ENRD about Portland. “I thought it would only exacerbate the tension going on.”

Six months later, when throngs of Trump supporters desecrated the U.S. Capitol, Clark did not broach the idea of reinstating the Trespass Team. 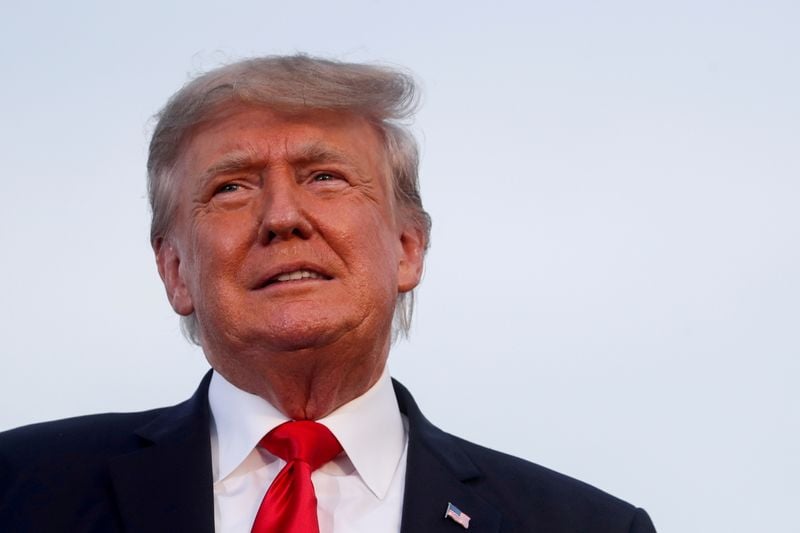