By Philip Pullella and Lefteris Papadimas

LESBOS, Greece -Pope Francis condemned the exploitation of migrants for political purposes on Sunday during a visit to the Greek island of Lesbos, branding the global indifference to their plight the “shipwreck of civilisation”.

Francis walked through the Mavrovouni camp, which holds about 2,300 people, stopping to greet dozens of refugees and giving a high five to a young African boy.

He first visited the island, one of the main entry points for migrants, in 2016 and took 12 Syrian refugees back to Italy with him. He lamented that “little has changed” since then.

The Mediterranean, where thousands have died trying to make the crossing from north Africa to Europe, was still “a grim cemetery without tombstones”.

“Please, let us stop this shipwreck of civilisation!” he said.

Francis for the second straight day chided those who use the migration crisis for political ends.

“It is easy to stir up public opinion by instilling fear of others,” he said, adding that people who are anti-immigrant “fail to speak with equal vehemence” about the exploitation of the poor, wars, and the arms industry.

“The remote causes should be attacked, not the poor people who pay the consequences and are even used for political propaganda,” he said.

The camp, set up in a old army firing range, is made up of dozens of prefabricated structures, some similar to shipping containers and other, smaller ones made of plastic.

ERA OF WALLS AND BARBED WIRE

The spaces between the structures are like streets of a bleak village where people live in limbo. Baby carriages and children’s tricycles leaned on the home of one Afghan couple.

Sitting on a chair under a tent with the sea behind him, the pope listened to Christian Tango Mukaya, a 30-year-old refugee from the Democratic Republic of Congo who has been at the camp with two of his children for a year. He has not had contact with his wife and another child since he arrived.

Mavrovouni, whose perimeter is surrounded by cement, barbed wire and the sea, replaced the notorious Moria camp that burned down last year https://www.reuters.com/article/us-europe-migrants-greece-lesbos-idUSKBN26002M.

The pope visited several families there at the end of his morning visit.

Departing from his prepared address, Francis said it was “distressing” to hear that some European leaders wanted to use common funds to build a wall and put up barbed wire to keep immigrants out.

“We are in the era of walls and barbed wire,” he said.

Poland’s prime minister Mateusz Morawiecki has called for the EU to jointly finance a border wall https://www.reuters.com/world/europe/polish-police-say-group-50-migrants-broke-through-belarus-border-2021-11-14 to stem the tide of migrants coming from the Middle East through Belarus into Poland.

As grim and bleak as Mavrovouni is, it is a marked improvement over Moria, which human rights groups decried for its squalid and overcrowded conditions.

Greece has long been the main entry point into the European Union for migrants and refugees fleeing war and poverty in the Middle East, Asia and Africa. Hundreds of thousands of people arrived on Lesbos’s beaches in 2015 after crossing on boats from Turkey.

Joshue, an 18-year-old refugee from Congo, was among those who welcomed the pope’s visit.

“It’s not like hearing it from afar, he came to the field to see how we live, to see how things happen here, so it gives us hope and strength knowing that such a leader is thinking about us,” he said. 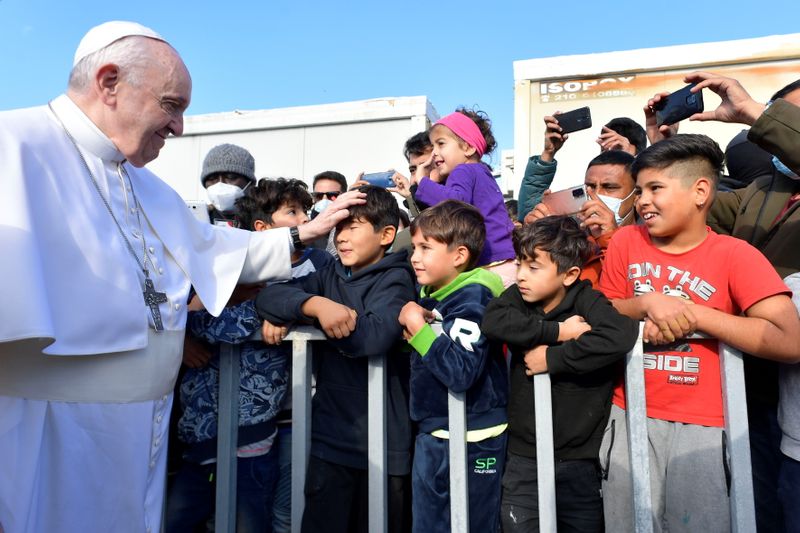 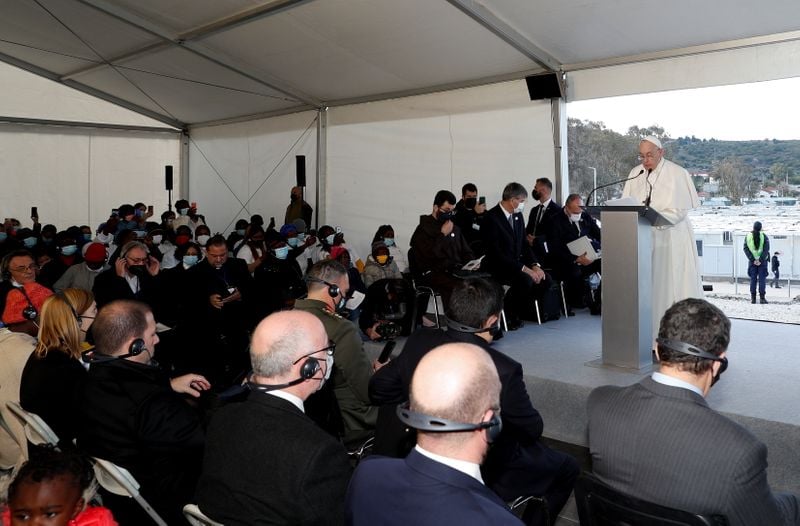 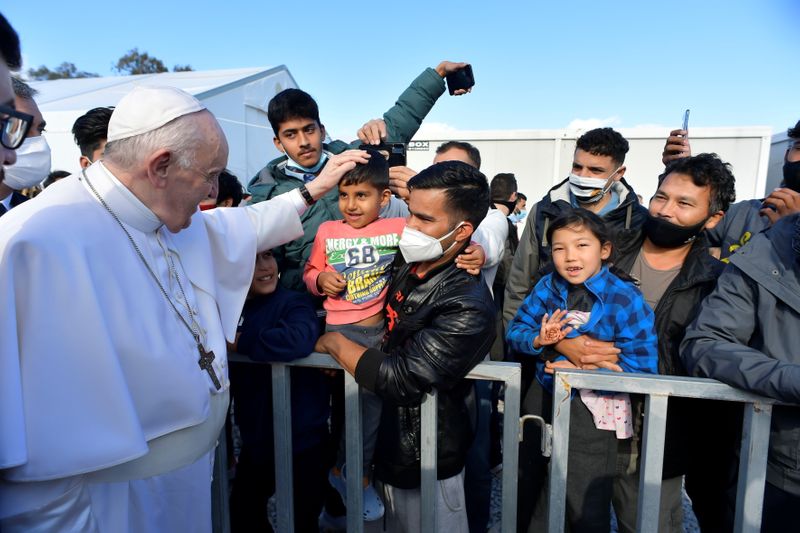 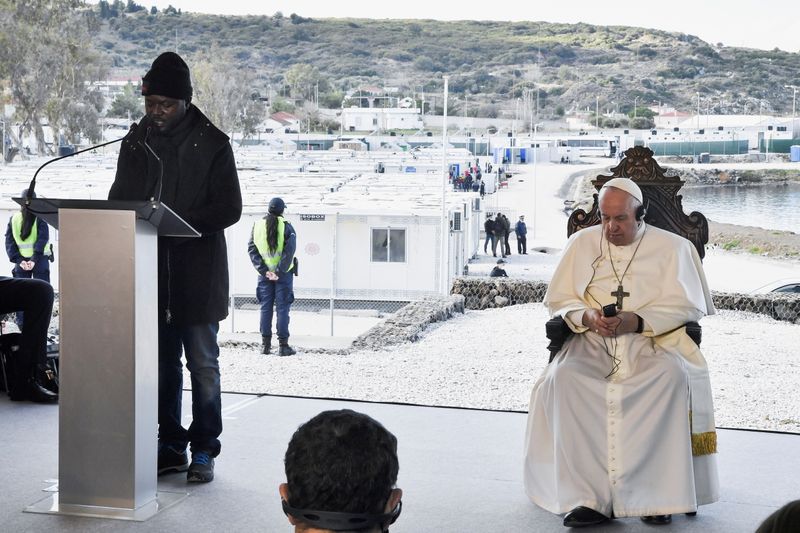 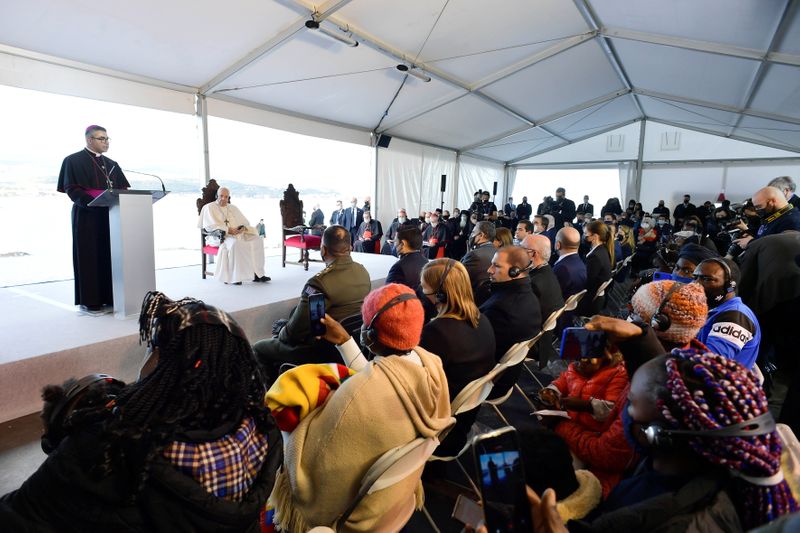