COLOMBO – Sri Lankan authorities will start to crack down on informal remittance inflows as the country seeks to bolster its reserves to meet more than $4.5 billion in debt repayments due next year.

Central bank governor Ajith Nivard Cabraal said he has seen a $300 million drop in remittances in just the last month, and vowed to use anti-money laundering laws to stop informal channels from funnelling away millions of dollars of vital foreign exchange reserves from the banking system.

Here are details of Sri Lanka’s precarious forex position and the reasons it seeks to halt flows via informal channels:

WHY DOES SRI LANKA WANT TO BOLSTER REMITTANCES VIA FORMAL CHANNELS?

Remittances and tourism, traditionally among the top sources of foreign exchange earnings, have been hit hard by the pandemic. Tourism receipts slumped to $92.5 million in the first nine months of 2021 from $4.3 billion in 2018.

Sri Lanka’s sovereign ratings have been downgraded multiple times in recent months by major rating agencies as it struggled with low public revenues, sluggish growth and reserves that slumped to $2.3 billion as of Oct. 31.

The country must make an estimated $4.5 billion in debt and interest payments in 2022, including servicing a $500 million international sovereign bond maturity in January. Meanwhile, its trade deficit in the first nine months of the year ballooned to $6 billion from $4.3 billion in the same period last year.

WHY HAVE REMITTANCE FLOWS INTO SRI LANKA VIA FORMAL CHANNELS SLUMPED?

In early September, as the Sri Lankan rupee weakened sharply the central bank directed banks to unofficially set the exchange rate at between 200 and 203 Sri Lankan rupees to a dollar.

However, currency pressure caused by an expanding trade deficit, limited foreign exchange earnings and concerns around debt repayments have resulted in the rupee changing hands at between 255 and 265 rupee per dollar via informal channels. Migrant workers remitted money via the informal “hawala” system, and remittances via official channels fell to $353 million in September from $703 million in the same month last year.

The central bank is now offering migrant workers 10 rupees extra for every dollar they remit via formal channels, but there are doubts this will work given the more attractive exchange rate in unofficial channels.

HOW DO INFORMAL CHANNELS WORK?

The “hawala” or “undiyal” transfer system allows migrant workers to remit funds, usually cash in the currency they earn in is given to a middleman who in turn ensures that the person’s family in Sri Lanka receives the equivalent amount in rupees.

The central bank is now threatening to freeze accounts that receive any unexplained cash transfers or deposits.

WHY SRI LANKA DOES NOT WANT TO LET THE RUPEE DEPRECIATE FURTHER?

Sri Lanka’s retail inflation has accelerated to nearly a decade-high of 9.9% in November, well above the central bank’s 4%-6% target range.

HOW DOES THE CENTRAL BANK HOPE TO FIX ITS WEAK FINANCES?

The central bank wants to boost reserves by capturing more remittance inflows and is counting on a revival in tourism.

Having a greater share of remittance flows is vital as it plans to securitise a portion of the remittances and use this as a guarantee to borrow additional funds. The country is also exploring swap deals with other central banks and credit lines to support imports of essential goods such as food, medicines and fuel. 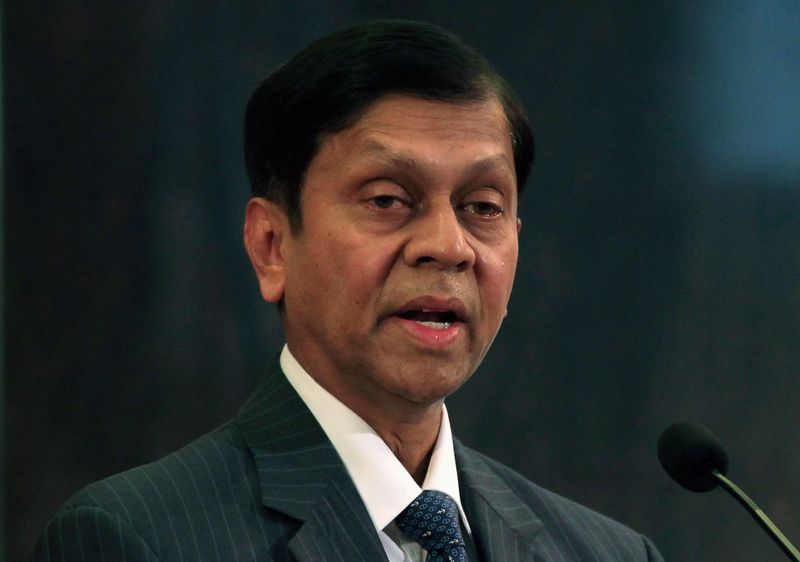