By Robert Muller and Jason Hovet

PRAGUE – The incoming Czech centre-right government has promised a bold start to its term by pledging to re-write the 2022 state budget to slash billions of dollars in spending and cut the deficit.

The savings it actually delivers may fall short of the pledge as rising spending commitments, largely due to pension and public wage hikes, leave it little room to manoeuvre.

A three-party coalition defeated Prime Minister Andrej Babis in October, blaming him for the second fastest-rising debt burden in the European Union which has pushed up borrowing costs and drawn warnings from one credit ratings agency.

Led by the pro-low tax and business-friendly Civic Democrats, the coalition – joined by two other parties to ensure a parliamentary majority – assumes power this month. It aims to get the 2022 deficit below 300 billion crowns ($13.3 billion), from a current plan of 377 billion, near record gaps in 2020 and 2021.

The coalition promised 70 billion to 80 billion crowns in spending cuts, equal to 1.4% of gross domestic product but have made few concrete suggestions on how to achieve that.

The Finance Ministry forecasts the fiscal gap will shrink with the help of the post-COVID recovery to 4.4% of GDP next year from a peak of 7.2% this year, above the EU’s 3% ceiling.


Budget watchers are sceptical the new ruling parties can achieve their promised savings.

“On the expenditure side it is quite difficult when a big portion of the spending is mandatory,” said Jakub Seidler, the Czech Banking Association’s chief economist and a member of the state Fiscal Council’s committee on budgetary forecasts.

Expenditure has risen by 50% under Babis’ government, much of that mandatory spending on pensions and public wages that are politically tough to cut. These items account for 73% of planned spending in 2021 and are almost equal to expected revenue.

Above-standard wage and pension hikes and a record tax cut worth about 2% of GDP annually on top of pandemic spending have added to the strain on state coffers.

The tax cuts were widely criticised by economists but supported by the incoming coalition thereby ruling out their likely reversal. The Fiscal Council says higher taxes will be needed in future budget plans.

Jan Skopecek, an economic expert with the Civic Democrats, whose leader Petr Fiala will be the new prime minister, told daily newspaper Pravo on Dec. 2 the state could spend around 80 billion crowns less than planned.

He and the Civic Democrats’ finance minister nominee, Zbynek Stanjura, did not reply to Reuters’ questions on the plans.

Veslav Michalik, from the coalition’s Mayors party, said cuts of up to 70 billion crowns were possible.

“We (calculated) that is doable, if there is a will,” he said, adding though that “we don’t want to cut investments”.

The revisions mean parliament will not approve the budget in time and the government starts 2022 with a provisional budget based on this year, limiting new spending. A few months of that should not be a risk, analysts said.

Reduced train fares for seniors and students, which cost the 2019 budget around 6 billion crowns, are among the biggest items on the chopping block. Fiala has said ministers should cut 6% from operational budgets.

Improved revenue forecasts may ultimately help get the deficit around 300 billion crowns, analysts said, though longer-term consolidation was still elusive.


If they deliver pledged savings “it will be supportive for the fiscal outlook going forward,” said Jaromir Sindel, a Citibank analyst. “So this 6% task will be a quite good indicator of how this government will be able to manage fiscal (policy) in forthcoming years…It is a big task.”

The Fiscal Council says under the current budget, debt levels could hit a brake of 55% of GDP by 2026 versus a 2043 forecast, triggering automatic budget cuts under Czech law which would limit the state’s ability to deal with new shocks. 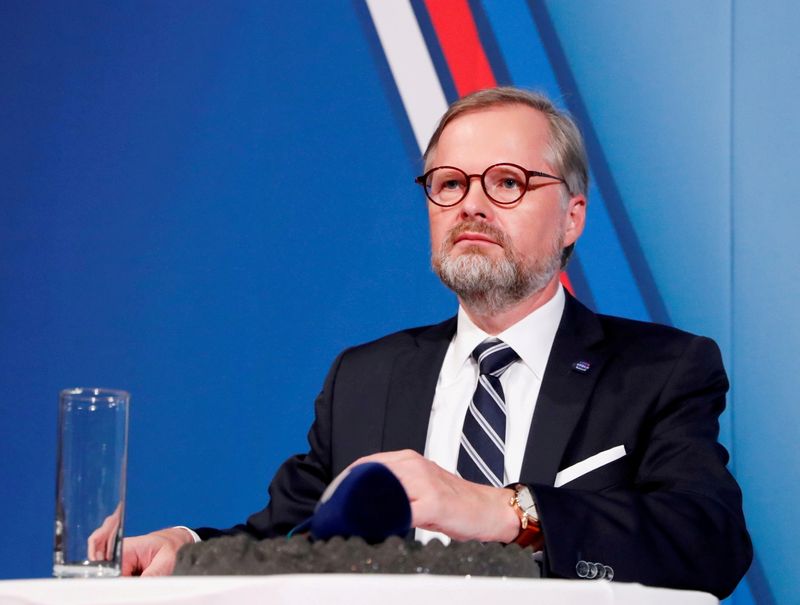