BEIJING – China’s central bank on Tuesday cut the rates on its relending facility by 25 basis points (bps) to support the rural sector and small firms.

After the cut, the three-month relending rate stands at 1.7%, while the six-month rate is at 1.9% and the one-year at 2%, the People’s Bank of China said on its website.

State-run Securities Times reported earlier that the central bank would cut the relending rates from Tuesday.

“Today’s loans are based on the new interest rate. The rate cut should be in line with the RRR reduction, and they are measures to support the real economy,” a banking source told Reuters.

Wen Bin, senior economist at Minsheng Bank, said the move underlined the central bank’s bid to give more targeted support for small firms that have been hurt by rising production costs.

But the chance of a cut in the benchmark lending rate remains low in the near term, analysts said.

In July 2020, the central bank cut the re-discount and relending rates by 25 basis points for small firms and the rural sector.

Investors are closely watching to see if the central bank will cut its benchmark lending rate, or loan prime rate (LPR), in the coming months, after it said on Monday it would cut banks’ reserve requirement ratios from Dec. 15.

The world’s second-largest economy faces multiple headwinds heading into 2022, due to a property downturn and strict COVID-19 curbs that have impeded consumption.

“We believe Beijing may have to step up significantly its policy easing measures, including dialing back some property curbs in spring 2022 to prevent a hard landing,” Ting Lu, chief China economist at Nomura, said in a note.

“We may see another 50 bp RRR cut in H1 2022, but still view the likelihood of a policy rate cut as quite small, due to elevated PPI inflation and rising CPI inflation.” 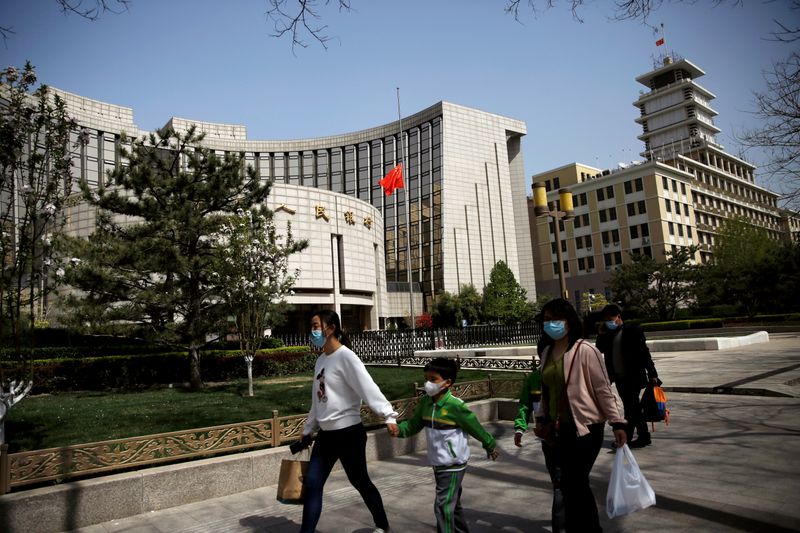