CURAH KOBOKAN, Indonesia – At the foot of Indonesia’s Mount Semeru, what is left of the houses along the main village road are covered in a thick layer of hardened volcanic ash.

Curah Kobokan was among the worst-hit areas when the 3,676-metre (12,060 ft) Mount Semeru erupted on Saturday, sending a cloud of ash into the sky and dangerous pyroclastic flows into villages below.

Since day one of the disaster, volunteer Dodik Suryadiawan, 36, has driven on the bumpy roads in his personal four-wheel drive, helping to retrieve the remains of those who perished.

Among the victims he found was a mother who died cuddling her child.

“I feel very sorry, especially when I try to imagine hot ash falling at that time,” he said.

Using heavy equipment and shovels, Dodik and fellow volunteers joined a search team of police, military and the disaster mitigation agency, combing through land where houses and a sand mine company once stood.

As the active volcano spews hot air behind him, Dodik, who has no formal training, is constantly reminded of how dangerous his work is.


Indonesia’s volcanology agency on Monday said there was potential for further flows of hot gas, ash and rock.

Dodik started volunteering as part of a four-wheel drive hobby group helping in a search and rescue operation last December when floods hit Lumajang Regency, where Curah Kobokan is located.

“We were inspired to express our loyalty (to the community) through our hobby,” he said.

On Tuesday, Indonesian President Joko Widodo visited the disaster zone and said at least 2,000 homes would need to be relocated to safer areas.

For Dodik, helping people to find their loved ones is all that matters.

“We must be ready to jump into action,” he said. 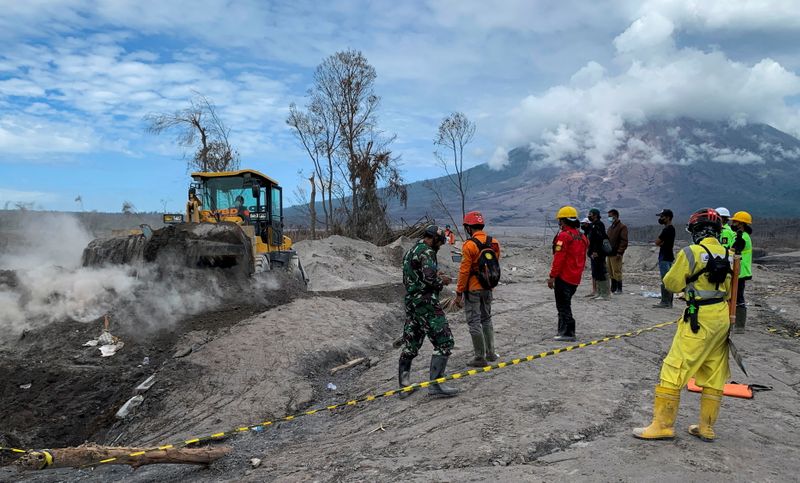 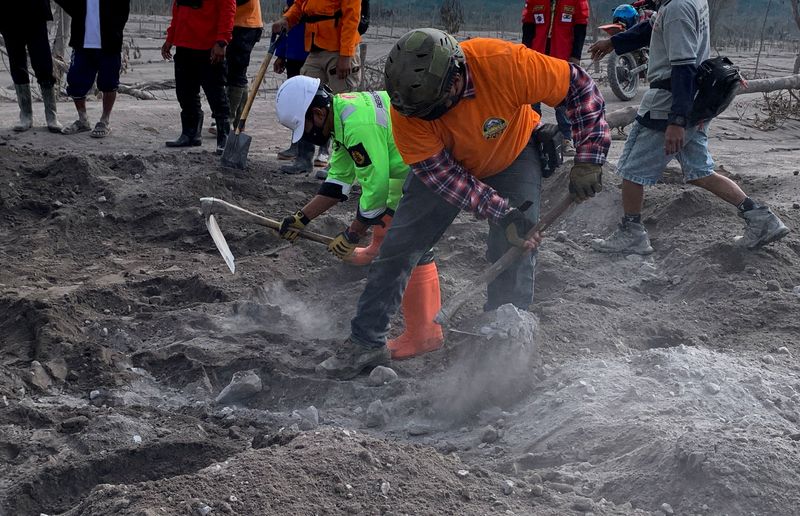